The salt is real.

The sexy hipster visage of Nusret Gökçe, the salt-sprinkling Turkish chef, has become ubiquitous on the internet this month. You can’t venture onto social media without catching a glimpse of the “salt bae.” And if you had any doubt that the salt is real, get a load of this: a portrait of #saltbae made from actual salt. 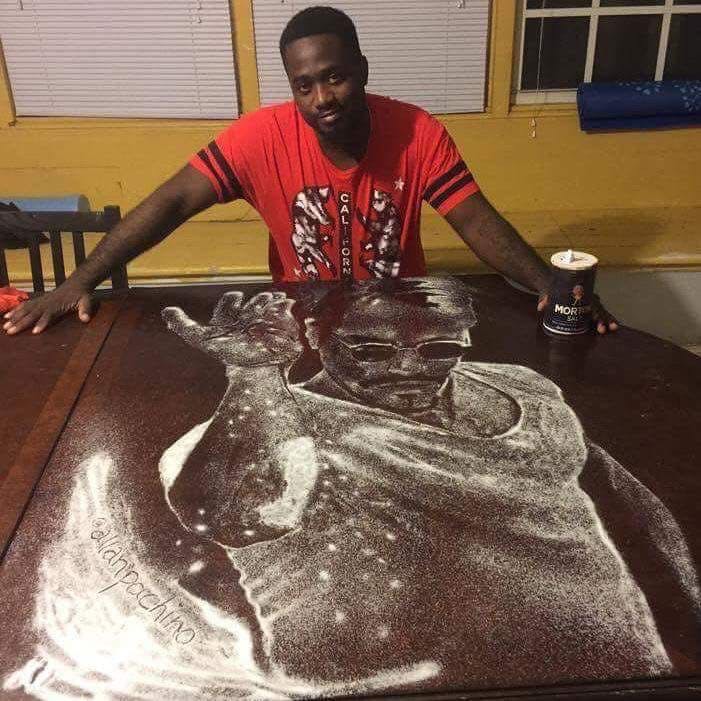 Artist Allan Pachino Wallace is no rookie when it comes to salt art. His Instagram account, which mostly shows off his painting, also contains salt portraits of Steph Curry, Kanye West, President Obama, and other celebrities. His meme game is strong, too. Check out this meme of his salty Drake:

But never have subject and medium coincided as perfectly as Gökçe and the seasoning that made him famous. It was a natural pairing, and Wallace realized it. Now, for his talent and his pop cultural astuteness, he’s got the No. 1 post on Reddit.

This might be bigger than the #saltbae mural that recently popped up in Melbourne, Australia. Metaphorically, I mean. That thing covered a whole wall.

It seems Salt Bae has the magic pixie dust that makes things go viral, and artists can’t wait to get a taste.