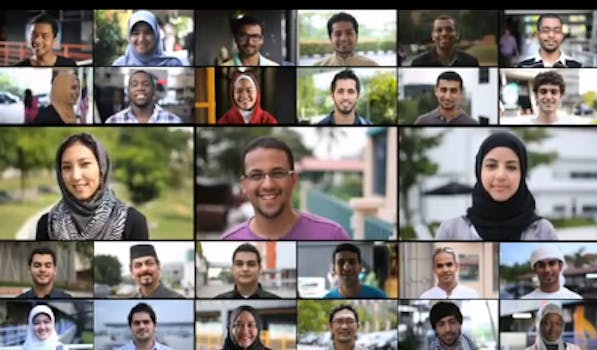 Muslims who are looking for a more conservative alternative to Facebook will soon have a new option.

An Islamic-focused social networking site called Salam World is slated to debut in November. The Indonesia-based site promises to filter out indecent content and only allow users to see what they view as “halal,” i.e. material that is allowed under Islamic law.

A Salam World spokesperson said the site will be “based on Islamic values” that will help better understand the global Muslim community online, according to Antara News. The site is currently in beta with 1,000 users testing it.

Salam World’s purpose is not to fully replace Facebook, but to act as a supplement to it. The new site will shift the focus away from personal profiles and focus more on communities and common interests.

“The platform can be used by users to share ideas and sell things, or just for those seeking friends in the community,” a company spokesperson said. The site will be available in eight languages, including English, Arabic, and Turkish.

Non-Muslims can join the site, but they must abide by the rules and be able to “appreciate the values of Islam.”

Tapping into the large Muslim community is a smart bet for the company, particularly establishing Salam World in Indonesia as it’s the world’s most populous Muslim nation. Facebook has more than 45 million users in Indonesia, making the country a prime target.

Also, Salam World said there are more than 300 million Muslims who use the Internet, but few social networking sites are owned by Muslims.

“The Muslim community has tremendous potential to change the world, for example, the way it did in Tunisia and Egypt,” a company spokesperson said. “If we can connect them to each other, great things can be achieved. We want to create an Islamic brand that Muslims can be proud of.”