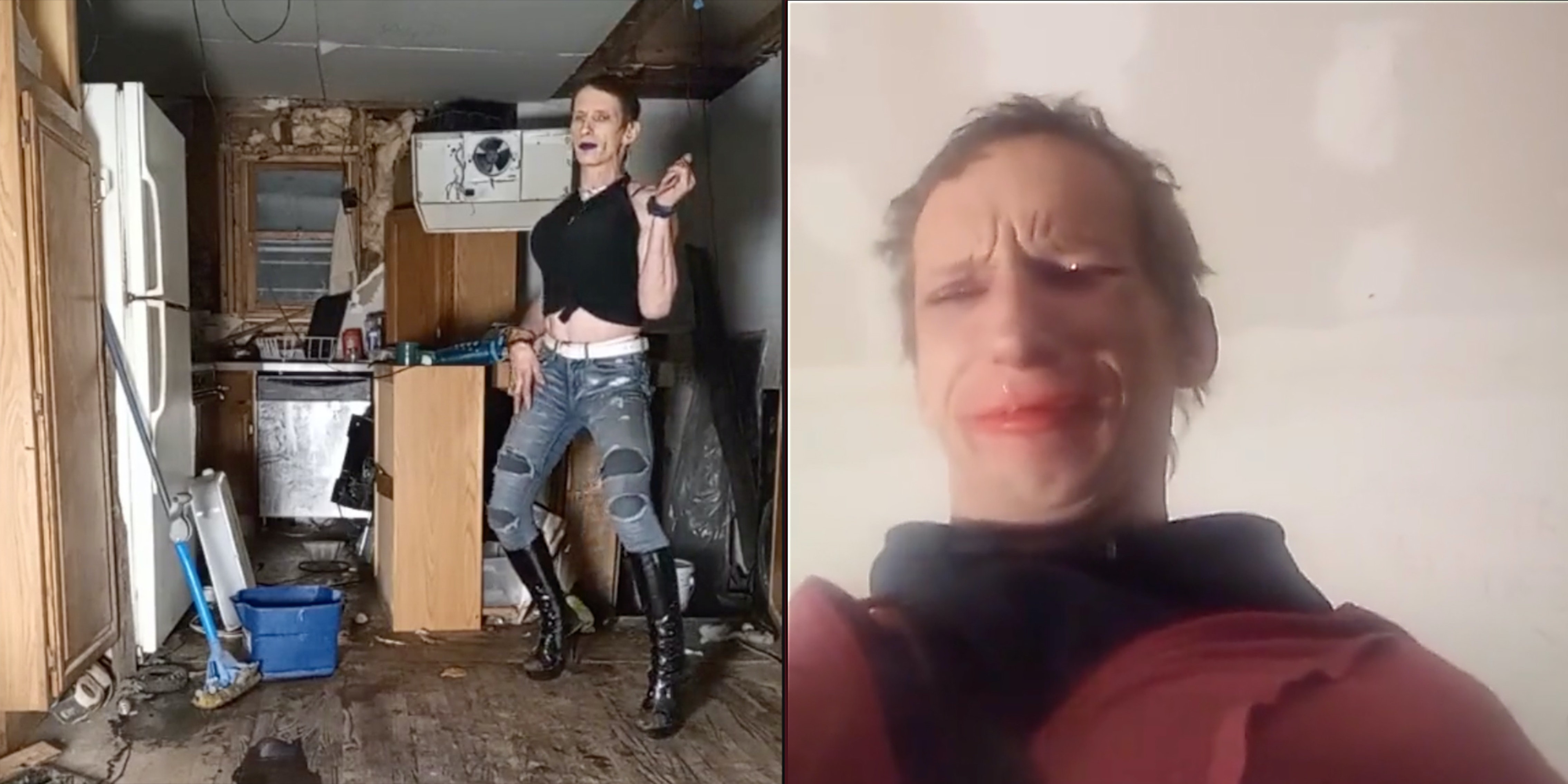 'We are not supposed to make up information for the purpose of getting views.'

On Nov. 11, TikToker sabrinaprater625 posted a TikTok in which they dance to a remix of Shania Twain’s “Any Man of Mine,” in the corner of what appears to be the kitchen of an abandoned house.

In the two weeks since, it went viral, and was used in hundreds of mostly good-natured greenscreen videos. TikTokers inserted themselves into different scenarios, with Prater as the constant dancing presence. The original TikTok has more than 21 million views.

Prater, who goes by Sabrina on the TikTok account, says in their bio: “I’m a 34 yr old male been dressing up since I was lil! working on coming out.” The whole account, started in July, features Prater dressed in women’s clothes, dancing to different songs. But late last week, the attention around their TikToks turned more speculative. After some people made TikToks in which they pretended to be kidnapped, others insinuated that Prater, who reportedly lives in Michigan, had actually kidnapped someone, or is a serial killer; that we were witnessing some kind of crime in real time, based on unsubstantiated “clues” (and people’s preconceived ideas about poverty).

A person potentially struggling with their queer identity soon became a “conspiracy” and “investigation” as people chased views. A private Reddit devoted to finding out who Prater is appeared, and more baseless theories about their life and possible criminal history were circulated. At one point, there were concerns that Prater was missing or dead.

Some TikTokers posted videos debunking these claims, and calling out the TikTok true crime community for spreading misinfo. “We in this community are supposed to work only with facts,” said makingatruecrimerer. “We are not supposed to make up information for the purpose of getting views.”

Others pointed out that a lot of this suspicion around Prater is just transphobia, homophobia, and classism. The hashtag #standup4sabrina, which has more than 3 million views, was created in an effort to help, after a TikTok Live in which Prater tearfully spoke of being harassed. (They claimed in previous videos that the sabrinaprater625 account was briefly suspended for violating guidelines.)

TikToker auntkaren0 called for any creator who made content speculating about Prater to issue an apology. Noah Glenn Carter apologized for his followers harassing Prater, but only after he made multiple speculative videos that got millions of views. Smaller TikTokers apologized too.

It appears Prater is OK: Their last few TikToks, posted Monday, show Prater dancing in front of a white wall, seeking donations, and thanking followers for support. In previous TikToks, Prater asked for donations to “get my power on again.”