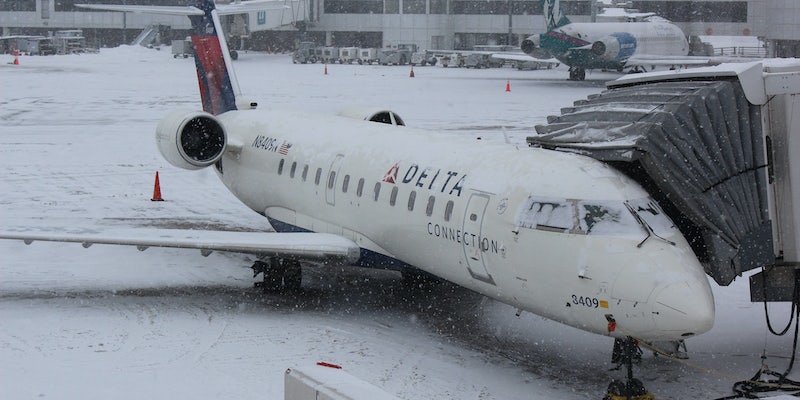 They turned the accumulation into inches of another kind.

Last Friday evening, a Ryanair flight crew decided to relieve some stress by creating a magnificent work of art. So they crafted a gigantic, curved snow dong, pointing right at the passengers waiting to board their flight. 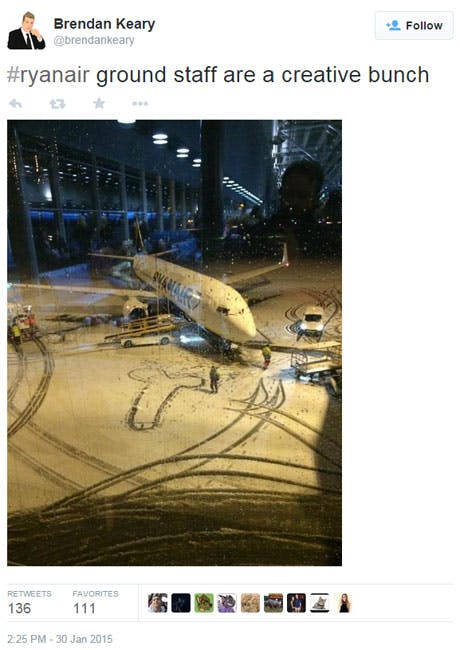 The sight of the snow sculpture caught passenger Brendan Keary so off guard that he snapped a photo and posted it to Twitter. The frosty phallus quickly gained traction online, and soon the photo caught the attention of Ryanair representatives.

Rather than attempt to apologize for the crude drawing, the company decided to get creative with its response.  A spokesman for Ryanair told the Telegraph: “While our ground crew excel at industry leading 25-minute turnarounds, art isn’t their forte, as they’ve clearly forgotten to draw wings on their snow airplane.”