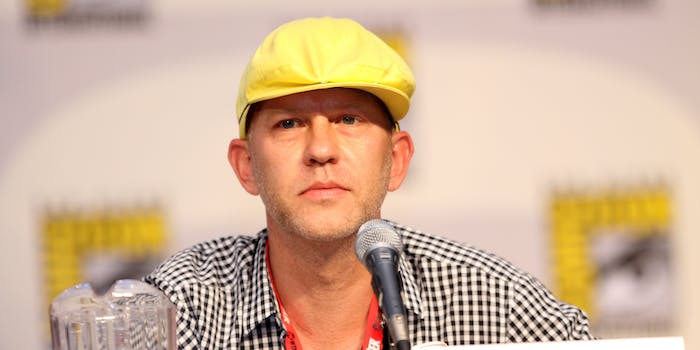 Rivera's father hinted that Murphy reneged on his promise to set up a college fund for her son after she died.

Glee fans were shocked to hear rumors this week that showrunner Ryan Murphy allegedly broke his promise to set up a college fund for Naya Rivera‘s son.

Rivera, who played Santana Lopez in all six seasons of Glee, died suddenly last year, leaving behind her 4-year-old son Josey. At the time, Murphy and his Glee co-creators Brad Falchuk and Ian Brennan publicly announced that they would create a college fund for him.

This week, Rivera’s father, George Rivera, surfaced on Twitter to (seemingly) accuse the Glee creators of reneging on their promise. “Everyone needs to know what Ryan Murphy really did … or didn’t do !!!” he tweeted. “I’m about to blow up this story …. and make sure he’s knows that I know ….”

He followed this up with a tweet saying members of the “Hollywood elite” often treat other people as “less than.” He didn’t specifically refer to the college fund, but that’s how fans interpreted his statement.

However, Murphy has now publicly denied the accusation. On Tuesday, he tweeted that he and the other Glee creators “have committed to create a college fund” and “have been in repeated conversations with the appropriate executors of her estate.”

Rivera was also survived by her ex-husband Ryan Dorsey, who now has sole custody of their child. It’s possible that under those circumstances, Dorsey would be the “appropriate executor” to whom Murphy is referring.

Speaking to the Daily Beast, George Rivera explained that his complaints weren’t about the money, saying, “It’s deeper than the college fund, I’ll just tell you that.” He suggested that he was planning to go public about his dispute with Murphy regarding his daughter’s legacy rather than the specifics any financial arrangement. Rivera also said that Murphy “didn’t reach out” to him and that the Rivera family was planning to launch a project to celebrate Naya’s life and legacy.