'All the other coaches demand a high salary. I simply want free tuition.'

The Rutgers athletic department is in turmoil, as much-maligned athletic director Julie Hermann and head football coach Kyle Flood—who was suspended for three games in 2015 after trying to persuade a professor to discuss the academic standing of one of his players—were both fired last Sunday.

But one Rutgers student thinks he can bring the glory back to the football program. All he needs is a chance—and maybe free tuition.

Meet 19-year-old student Ben Kautz, who wants to be the next Rutgers football coach. And seemingly—not really, but kind of—he’s getting some traction from people who maybe could help him fulfill his dream.

I am blessed to be considered for the Rutgers Football Head coaching job #Kautz4Coach @RFootball @KSargeantNJ pic.twitter.com/KbdzAEMzbO

Kautz actually has a couple of qualifications that might impress those who are hiring for the job.

1) His supporters’ digital-altering game is strong. 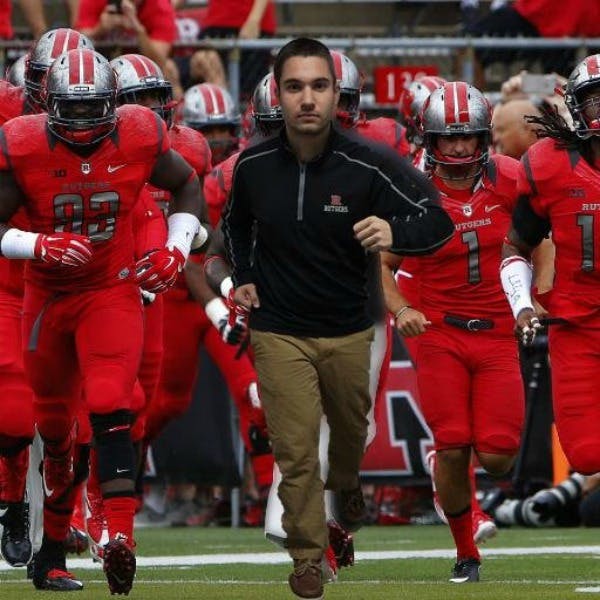 This, of course, could play a big role in recruiting—elite high-school athletes, after all, like their coaches to be technologically proficient.

According to Sports Illustrated, Kautz coached a Boys & Girls Club basketball team three years ago, and his mother was very impressed.

“She once said I was a good coach,” Kautz told SI.

Who’s to say he couldn’t be a good college football coach, as well?

“All the other coaches demand a high salary,” he told NJ.com. “I simply want free tuition for my last two years, and a small salary while on the job—however I am certainly open to being paid $5 million per year.

While the associate athletic director has played along with Kautz’s dream —the two even posed for a picture together—Kautz has nailed down at least one rock-solid endorsement.

As President of the Student Body, I am officially endorsing @KautzBen to be the next Rutgers HC. #Kautz4Coach @DDuggan21 @JoeGiglioSports