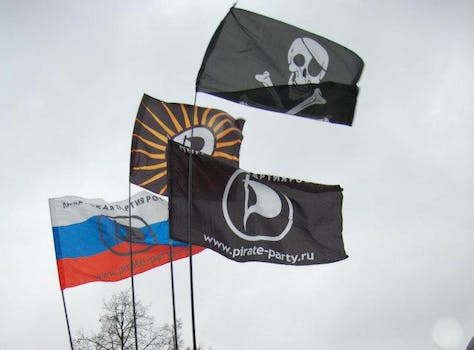 Russia’s Pirate Party rejected because of its “criminal” name

The Russian government rejected the Pirate Party's registration for the upcoming election because they're not actually seafaring pirates.

In yet another blow for Internet activists in Russia, the Pirate Party of Russia (PPRU)’s request to be recognized as a legitimate political party has been denied.

Among other reasons, the Russian Ministry of Justice cited the fact that they aren’t really pirates, which would be illegal.

“The main reason for refusing registration to the Pirate Party is its name,” the PPRU said in a press release. “Russian pirates see no reason for dropping their historical name, which has become the symbol of people’s struggle for independence and freedom on the Internet.”

Last year, the Ministry of Justice denied the party for the same reason, stating that “piracy is an attack on sea of river craft, which is a criminal offense.” Pirates have been denied in other countries for similar reasons, too: Taiwan said no to a potential Pirate Party in June, saying that citizens might confuse them for “real pirates.”

Aims and objectives of the Pirate Party have long understood and known to the general public. […] The very thought that the movement for freedom and civil rights is compared with the sea robbery is either absurd or malicious inappropriate interpretation of events.

Described by Reporters Without Borders’ Internet Enemies Report as “a country under surveillance,” Russia has dealt major blows to Internet activists in the past year. Most notably, the country’s so-called “blacklist bill,” which gives the government the ability to keep citizens from viewing any website it dislikes, passed in July.