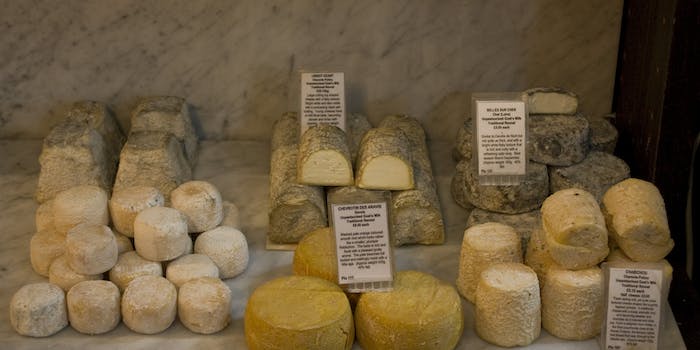 In what we like to imagine was a daring midnight raid, police in Russia arrested six people this week said to be behind an international cheese-smuggling ring.

The cops seized about 2 billion rubles—around $30 million—in cheese, and there is a pretty good chance they’re going to run over it with a bulldozer, because that’s a thing they’ve been super into recently.

It might seem strange for a nation that’s going through a recession to be destroying food, especially with so many Russians speaking out against it. However the ban on Western food is the nation’s response to sanctions imposed by the United States and European countries stemming from the ongoing crisis in the Ukraine.

How long this will go on is anyone’s guess, but until it’s resolved the Russian government is most likely going to keep destroying perfectly edible food while the helpless look on in horror. A phenomenon that Americans are all too familiar with: