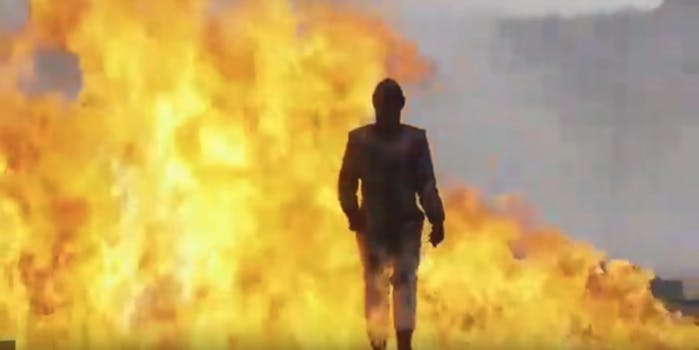 This armor brings a whole new meaning to the word bombshell.

In practically any action movie, there’s a scene where a bunch of explosions go off and the de facto badass just casually walks through the fire and chaos like it’s no big deal. Whether it’s the Terminator or the Power Rangers, it’s intense watching someone just stroll on through these blasts. And now, the Russians have turned this cinematic motif into a reality.

A new video released by Dmitry Rogozin, Russia’s deputy prime minister, and posted to the YouTube channel WarLeaks – Military Videos & Combat Footage, shows a woman walking through explosions while being engulfed in flames and smoke.

I couldn’t keep myself from screaming “YASSSSS!” as she struts through the combustion.