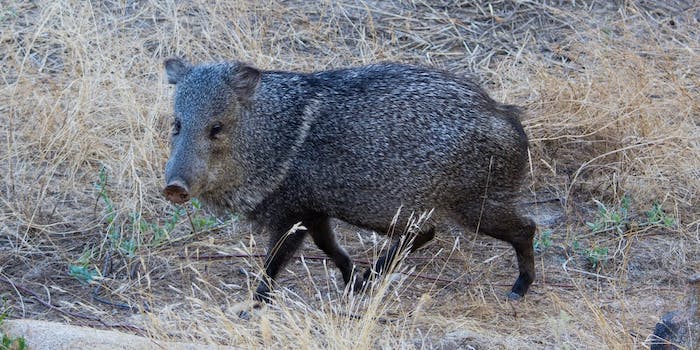 A video of a wild javelina dashing down a street in Tucson, Arizona, has been making the rounds online.

The brief video shows a mid-sized peccary sprinting down a city street. The clip, shared to Facebook by Arizona realtor Damion Alexander, quickly evolved from oddly humorous to mesmerizing before it emerged as the week’s newest meme.

The speed. The grace. The deep purpose behind each speedy step captivated viewers. Soon, the internet was awash with jokes about the boar-like beast and where, exactly, it was headed so swiftly.

There was no shortage of Sonic the Hedgehog jokes.

Then, people began imagining soundtracks for the captivating clip. “Barracuda” by Heart is a personal favorite. Or, as one commenter brilliantly put it, “Boarracuda.”

The clip also provided a stellar opportunity to bring back a meme from August. The “30-50 feral hogs” meme, which swept Twitter last year, married perfectly with the speedy little beastie. “Only 1? I was told there would be 30-50,” one person wrote.

Most commonly, however, the clip was educational. It turns out, there are a lot of people out there who’ve never seen a javelina. Newcomers to the furred herbivores were equal parts baffled and horrified. “Is… is it a pig,” one commenter asked. “How have I lived for 44 years and have zero knowledge of this animal???”