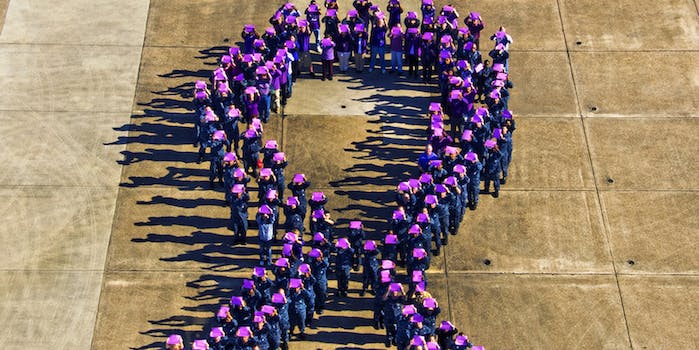 Here's how to cover the issue correctly.

Until I read Michael Powell’s recent New York Times column about suspended Baltimore Ravens player Ray Rice, I had no idea that domestic violence could possibly be delivered in a “professional” manner. Powell cleared that up:

Say this for Ray Rice: His left cross was of professional quality, a short, explosive punch. And his fiancée’s head snapped back as if she’d been shot.

You watch that video and you get the national freakout.

Meanwhile, Fox & Friends’ Brian Kilmeade had some unsolicited advice for Janay Rice: “The message is, take the stairs.” (He has since apologized.)

Domestic violence is a difficult subject to talk about sensitively. Humor, blame, unsolicited advice, speculation—these are all ways in which people try to ease the discomfort of confronting such a serious thing head-on. But they don’t necessarily lead to a productive or respectful discussion.

In honor of Michael Powell, Brian Kilmeade, and every other journalist and pundit who can’t seem to cover this issue appropriately, here are some guidelines to keep in mind when you write about or discuss domestic violence.

1) Extend the benefit of the doubt to the survivor.

When someone is accused of domestic violence or sexual assault, we are always asked by that person’s fans and defenders to “give them the benefit of the doubt.” Generally, this means, “Assume the survivor is lying or very confused” or “Assume the accused had a good reason to do what they did.”

How about giving the benefit of the doubt to the survivor?

Assume the survivor stayed with their abuser for as long as they did because abusers deliberately make it difficult or even impossible to leave, not because the survivor is somehow weak, stupid, or incompetent.

Assume the survivor was quite aware of the danger that they (and possibly their children) were in and doesn’t need to be patronizingly informed that staying with an abuser can be dangerous. So can trying to leave.

Assume the survivor is the best authority on their own experience.

This amateur psychoanalysis is not useful. At best, it’s a distraction from the important questions: How do we help the survivor? How do we make sure this never happens again? At worst, it spreads misinformation and stereotypes. People especially enjoy speculating about what the survivor might have done to “provoke” the abuse. Did they cheat? Dress “inappropriately?” Say something mean?

Abuse cannot be “provoked.” Abusers know what they’re doing, and they do it intentionally. They may wait for something to happen that they can then attribute the abuse to, but that’s not the same as being “provoked.”

3) Assume that the person accused of abuse is a human being with control over their actions.

Especially in cases where the abuser is male, many people talk as though the abuse was somehow inevitable. “That’s just how men are.” “Boys will be boys.” “You know, men lose their temper.”

That’s probably one of the reasons why survivors are often handed the bulk of the responsibility. If male abusers really are vicious monsters with no control over their violent impulses, then maybe it would make sense to suggest that people at risk of abuse should proactively try to avoid it. Just like you wouldn’t intentionally provoke a predatory animal.

4) Do not offer unsolicited advice.

Even if you are an abuse survivor yourself, you do not know the full details of the survivor’s situation. And with domestic violence and abuse, even advice that is generally very sensible can lead to devastating consequences if taken.

Some people also try to advise survivors to “fight back.” Remember that not everyone has the ability to do so, and that some may be putting themselves and their children (if they have them) in even greater danger by trying. Further, many women who try to physically retaliate against abusers, especially women of color, end up charged with assault or manslaughter, even though they were acting in self-defense.

Instead of trying to tell survivors what to do, familiarize yourself with the issues they face and with the resources that are available to them.

The National Domestic Violence Hotline is available to survivors 24/7. It also has information on recognizing domestic violence and abuse. And this article provides lots of background information and links to even more resources.

Recognize that you are probably not qualified to give advice to survivors of domestic violence. Instead, point them to those who are. The more you know about domestic violence, the better you will be at recognizing it when it’s happening to someone you know, treating them with empathy and care, and helping them find resources for themselves.

5) Remember that this is not the time to be flippant, silly, or “provocative.”

Survivors of trauma sometimes use humor to cope and build solidarity with each other. But if you’re a journalist covering a high-profile domestic violence case, your role is to educate the public about this story and hopefully about domestic abuse in general. Making inappropriate jokes only perpetuates the idea that domestic violence isn’t something to take seriously, that it’s just a normal part of our culture and will stay that way.

When asked about his odd choice of lede on Twitter, Michael Powell responded, “My point was to provoke. I suppose I succeeded…” There is no need to “provoke” with an article about domestic violence, unless you’re “provoking” the people who make excuses for it. Powell wasn’t doing that. He was going for a catchy introduction to a story that’s already high-profile, implying (intentionally or otherwise) that there is anything “professional” about Rice’s use of physical violence that night.

Covering or talking about a story like this presents an opportunity to increase awareness, empower survivors, and show abusers that their actions will not be tolerated. More and more people are rising to that challenge. I hope that major outlets like the New York Times and Fox News will join them.