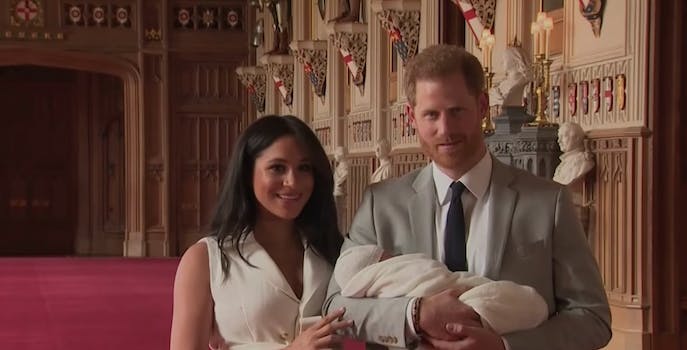 After much speculation as to what Prince Harry and Meghan Markle would name their baby, we finally have an answer: Archie Harrison Mountbatten-Windsor.

Experts had previously suggested that whatever name the royal couple chose would somehow unite the U.K. and the U.S., and as Archie is a name that appeals both to people who like passing down traditional names and people who watch Riverdale on the CW, we can consider this merger a success.

Of course, by “success” we mean they gave that baby a name that launched a thousand crossover jokes.

“Do they know he will have to save Riverdale?” asked one Twitter user.

DO THEY KNOW HE WILL HAVE TO SAVE RIVERDALE https://t.co/fwGm3apTJd

So they decided to name the royal baby Archie and not Jughead who wears an actual crown pic.twitter.com/aDoWy8saA2

Some Riverdale/royal family fans are even considering ways the CW hit could incorporate this phenomenal name choice into the show’s narrative.

Riverdale, Season Four: Archie finds out he’s a royal and is next in line for the throne, but also his lemonade stand has REALLY taken off and he isn’t sure he can so easily give it up. Betty and Veronica start a detective agency. Jughead discovers his typewriter controls reality pic.twitter.com/1D6fLCqkta

Others joked about the impact this decision could have on the royal family in the future—including the possibility of the Queen banning Netflix throughout Buckingham Palace.

two years from now: "Archie Mountbatten-Windsor has a new brother, the Duke of Jughead."

And sure, there are people who wanted something a little different from the name.

But ultimately, a name you can turn into a joke is always a win on the internet.

Especially when it gives the official Archie Comics Twitter the opportunity for the best response to the news.