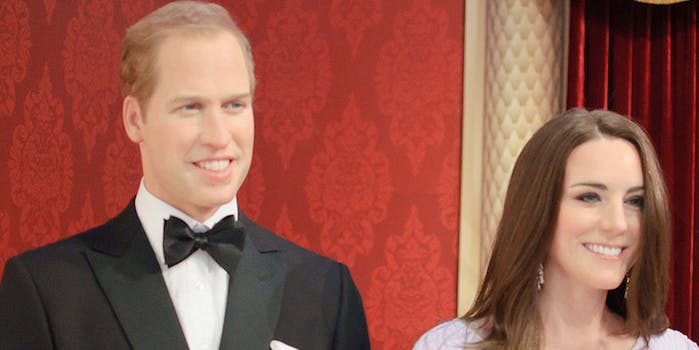 The Royal Baby is a massive opportunity for online scammers

Kate Middleton is about to give birth to a huge new wave of malware.

If you have eyes and a pulse, you know Kate Middleton is currently in labor, and the royal baby is due soon. In the meantime, we’re busying ourselves envisioning what the baby will look like, what its name might be, and checking in on the livestream like it’s the Panda Cam.

While we’re all lathered up over the impending birth, glued to our computers, malware writers have other plans. According to computer security expert Graham Cluley, “[m]alware authors worldwide have been waiting ages for this.”

@iblametom @jleyden Sadly, it’s almost inevitable. It is going to be such a huge news story, the bad guys will jump on the bandwagon

He suggests that pros will be linking to “exclusive” first photos, “secret” video from the delivery room, or leaks from the hospital, which will lead to malicious pages and pelt your royal-baby-hungry computer with viruses. If she gives birth to twins, these bogus links will be even more likely. So, think before you click.

This isn’t the first time Middleton and Prince William have been the victim of malware attacks: Their 2010 engagement was a target, and then there was the Kate Middleton pregnant doll incident.