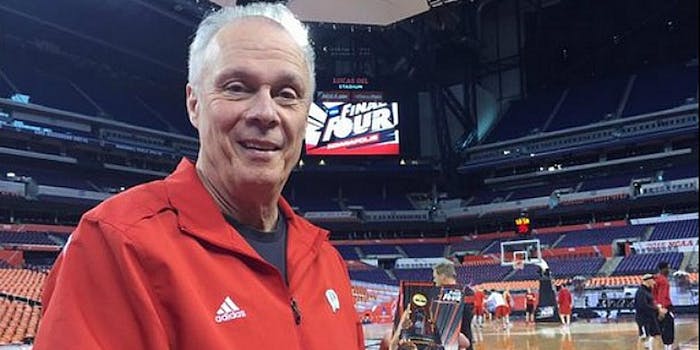 Before the NCAA final, Williams made a grand gesture to honor Bo Ryan.

When something like this happens—when this kind of generosity is showcased—everybody wins.

Sect. 140, Row A, Seat 13 will be left open for tonight's game.
Roy Williams has donated that seat to the memory of the late Butch Ryan.

As ESPN explained, “Bo Ryan and his father, Butch, were inseparable. The man who had taught basketball to underprivileged kids outside of Philly had also taught his son the game and eventually that son became a coaching legend.”

The two were so close that after he became a college coach, Bo Ryan brought his father to the Final Four every year. Unfortunately, Butch Ryan died in 2013 and never would get the chance to see his son coach for a Division I national title.

Williams, though, made Ryan’s day with his poignant tribute.