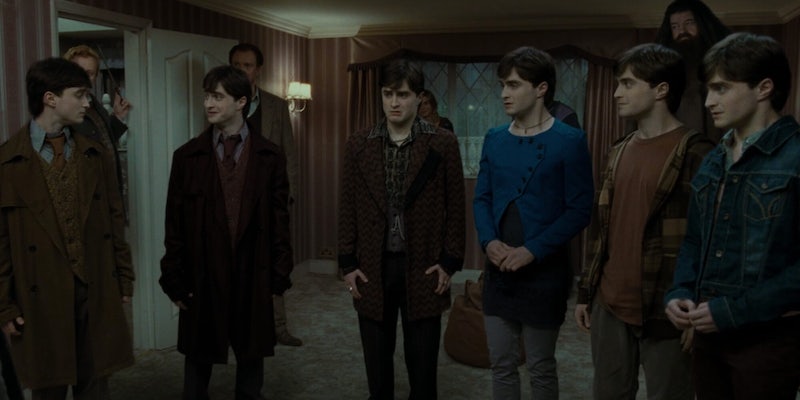 Rowling’s own words in ‘Harry Potter’ contradict her TERF beliefs

Did she forget all those scenes with Polyjuice Potion?

After J.K. Rowling went full TERF over the weekend, one Twitter user managed to demonstrate why her position on gender makes absolutely no sense—using Rowling’s own words in Harry Potter and the Deathly Hallows to do it.

Twitter user Q.Pheer is a non-binary (they/them) phonologist who noticed something extremely relevant to Rowling’s take on gender identity in the part of the novel where multiple people take Polyjuice Potion, which changes their physical forms to let them impersonate Harry.

In the scene, Rowling continues to refer to Hermione using the pronoun “she” despite the fact, as Q.Pheevr points out, Hermione is currently in possession of a penis and testicles.

Pheevr’s argument is that as Hermione retains her own mind, and internal sense of self as a young woman, while inhabiting a temporarily male body, this demonstrates exactly how gender identity is distinct from assigned sex.

It’s a concept that Rowling doesn’t seem to have grasped even as she wrote an example of it right into her books.

Though a handful of Twitter users are taking it as an endorsement of the idea that the gender assigned at birth is infallible, most weighed in to agree with Pheevr, saying Hermione’s sense of self as a young woman was clearly what determined the pronoun use in that scene—not genitalia.

Twitter user MisterRockett may have summed it up best when he said, “This is the best smackdown anyone has given J.K. I don’t think anyone else has any reason to say anything else about her other than just linking this thread.”