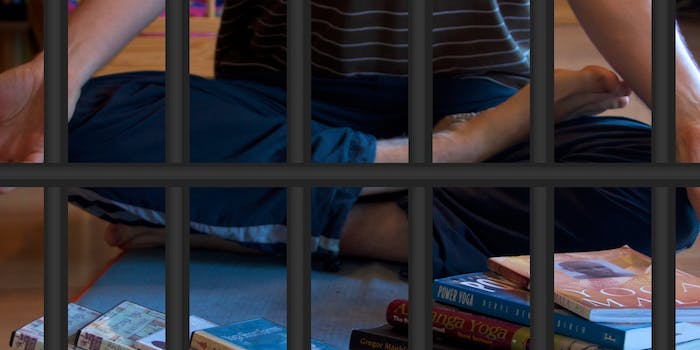 Ross Ulbricht knows how to attract a following.

The 29-year-old Texan is currently sitting in a Brooklyn jail, accused of being behind the Deep Web black market known as Silk Road. According to his family, he’s begun to teach yoga every evening to fellow inmates.

“He had a book by Iyengar outlining a 300 week course and started doing it in a glassed off room they have, in an area with some rugs,” according to Ulbricht’s official Facebook page. “He was joined by five other inmates, and the group is slowly growing.”

Just two weeks ago, Ulbricht and his cellmate were moved to a cell with a window.

“He is thrilled that he can actually sit in the sun,” according to FreeRoss.org. “These things we take for granted are so significant in prison.  I hope it helps his prison pallor (he looks quite pale) and comforts him. For my part, I’m also glad he’ll be getting some vitamin D!”

In addition to legal support, Ulbricht and his family are encouraging supporters to send letters and books to help keep him busy. “Ross says some of the best books he’s received have been the sender’s favorites, so feel free to send what you like.”