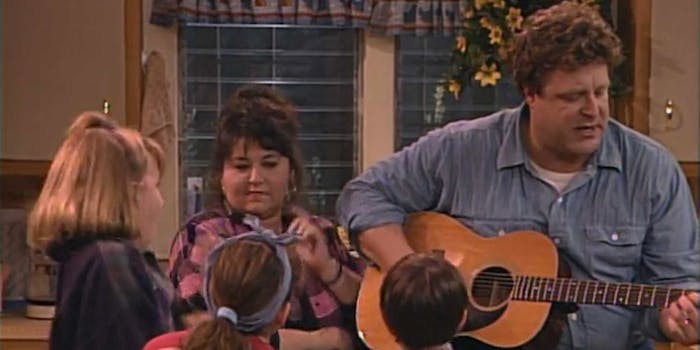 A stunning mashup of our two favorite things.

Perhaps the greatest thing about the Internet is that people are always reimagining Disney princesses, and if we’re lucky, even the princes get a similar treatment. But what if we reimagined other characters as Disney princesses? Would that totally blow your mind?

Well, it’s time to find out. Visual artist Jezebel Turpentine has transformed the cast of the hit sitcom Roseanne (with the original Becky!) into a few of our favorite princesses, absolutely breaking the creative mold in terms of what we can do with Disney characters.

Take for instance, The Little DJaid, a mashup that was practically inevitable. He appears stoic and contemplative; Turpentine perfectly captures the hope and angst that both Ariel and DJ feel, longing to be a part of the human and adult worlds, respectively. 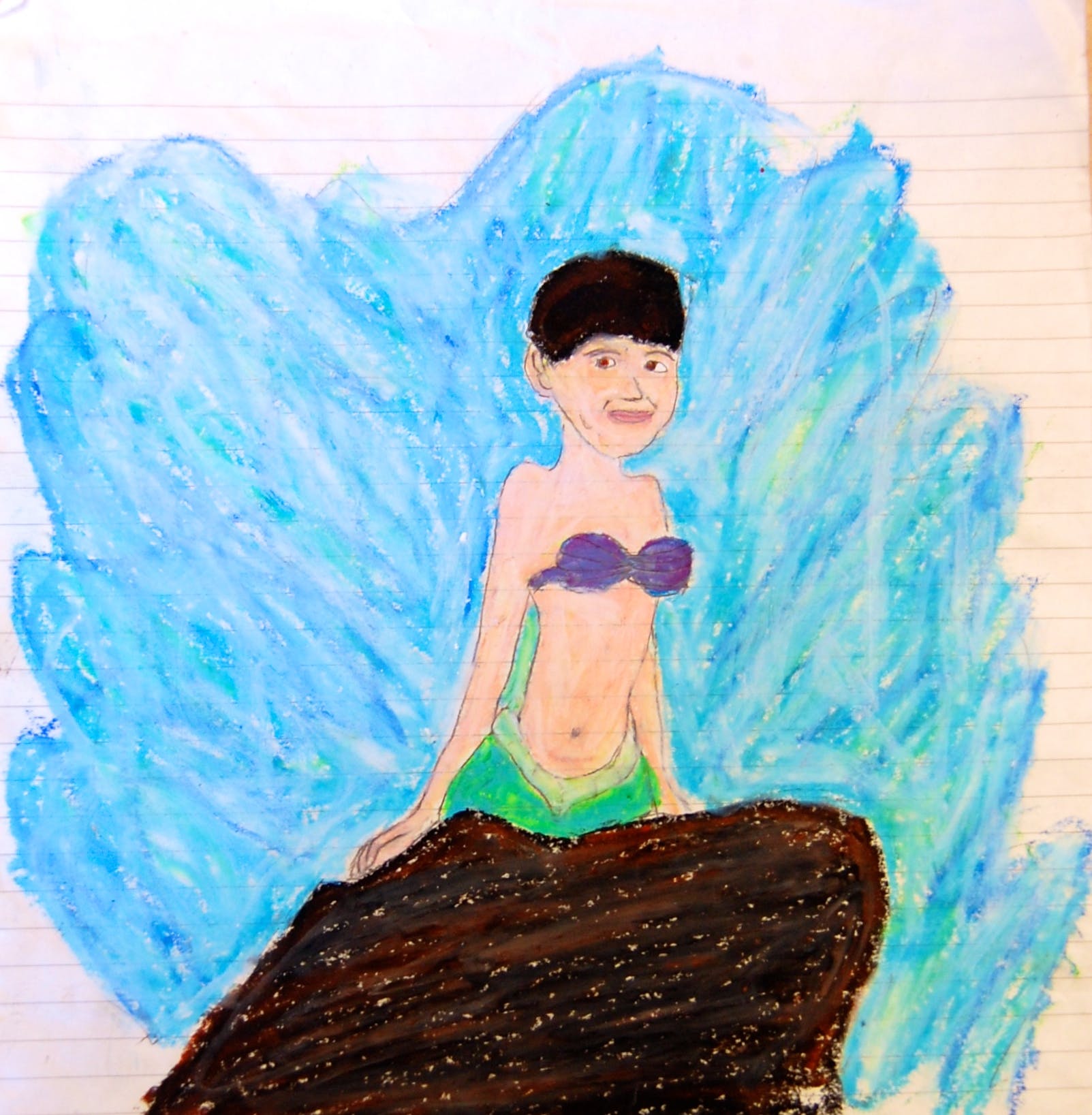 Don’t you love Meridarlene? How clever of Turpentine to use both characters’ curls as a way to ease this particular transformation and create something at once poignant and revolutionary. In addition to the similar hairstyles, Merida and Darlene both have major attitude, leaving us to wonder: Did Pixar base their Brave protagonist on Darlene from Roseanne? 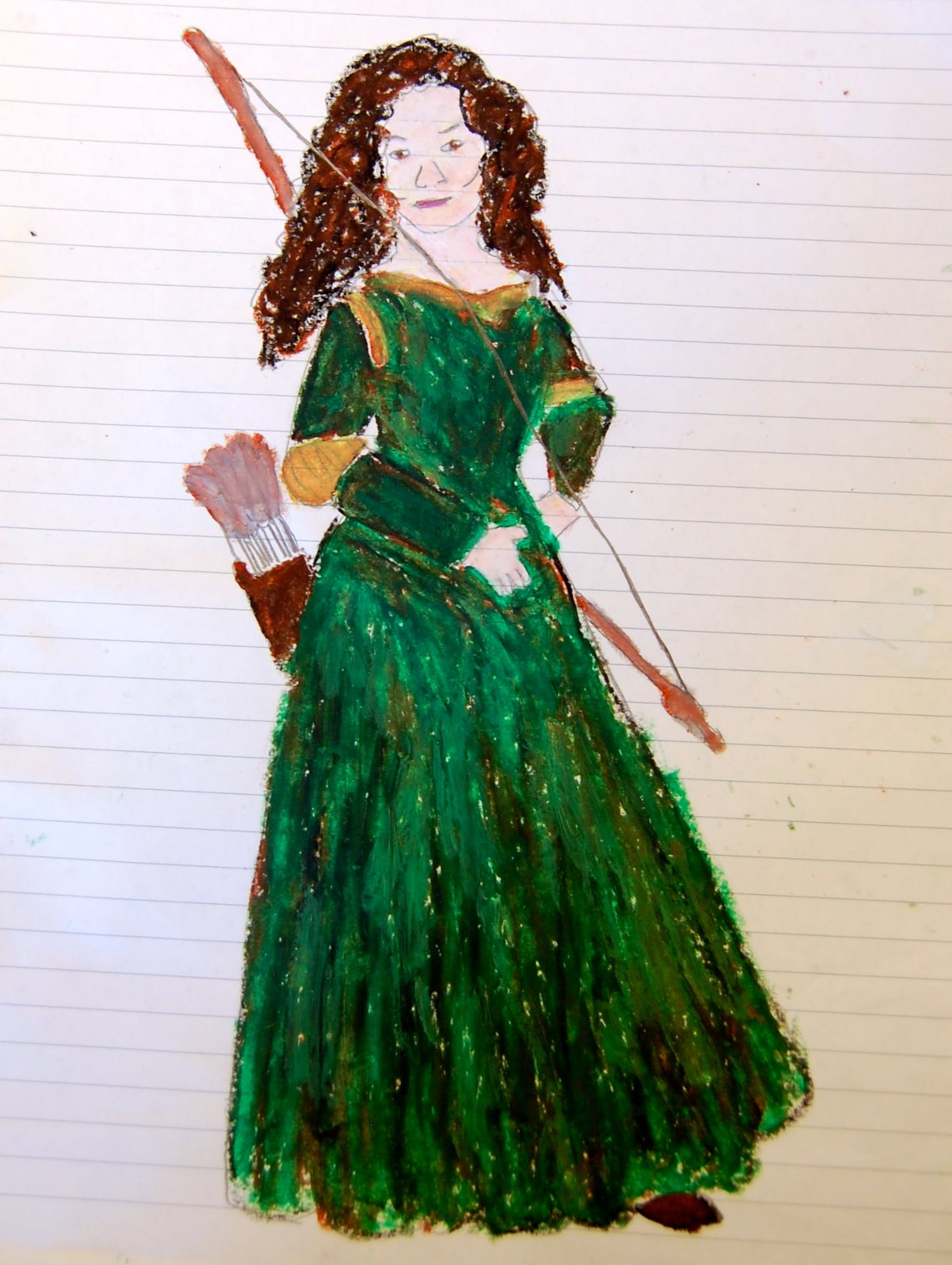 And then we have Becky White, another character combo that makes so much sense we should all be ashamed we didn’t think of it first. Out of the kids from Roseanne, Becky is the one we’d always imagined talking to animals, living with dwarves, and getting poisoned by a witch who is trying to maintain “fairest of them all” status. 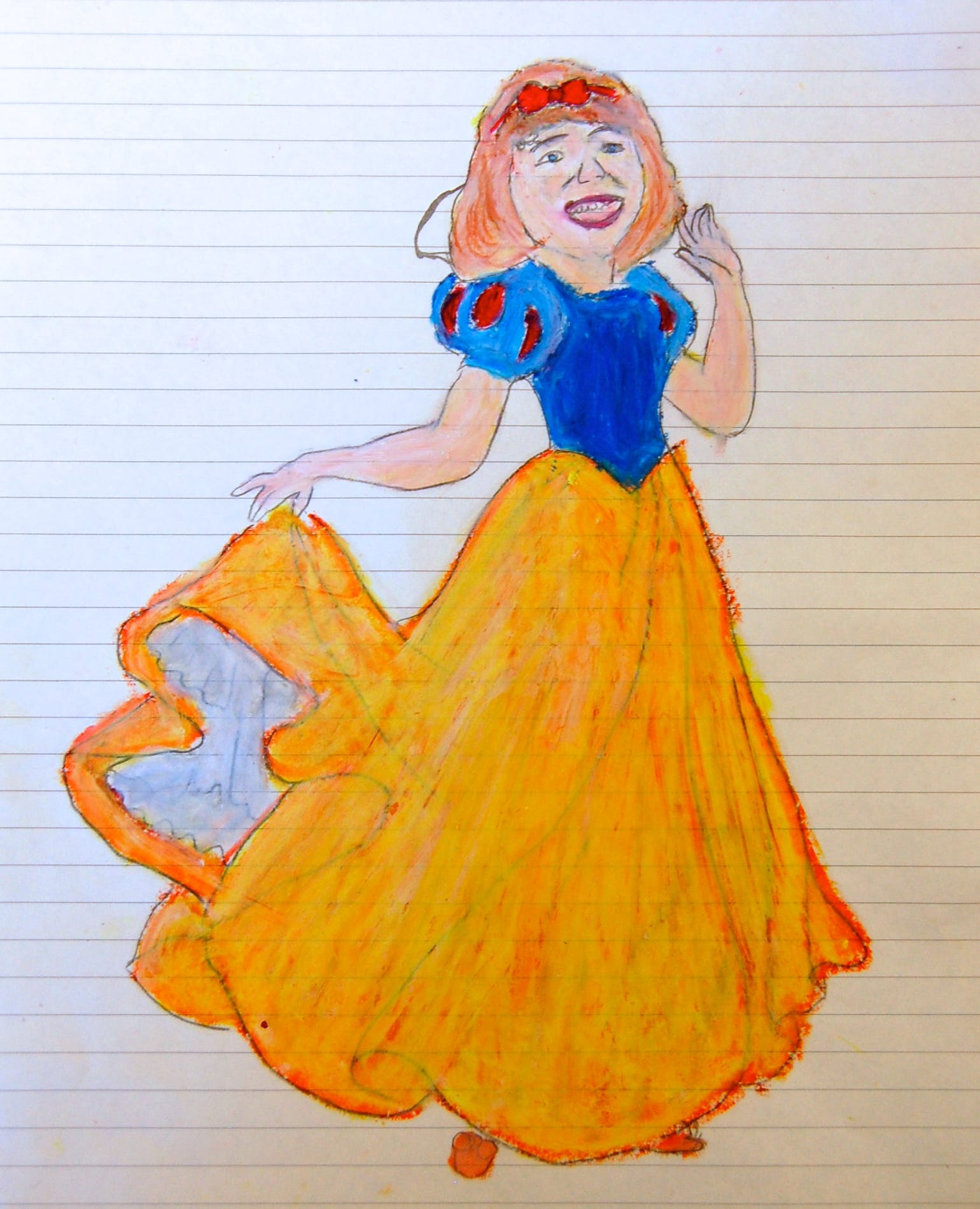 For Bellackie, Turpentine has merged an anxious character with a carefree one, striking a perfect balance between being Roseanne’s quirky sister and falling in love with a beast in a kind of Stockholm syndrome situation, eventually transforming the beast into a man. Stunning! 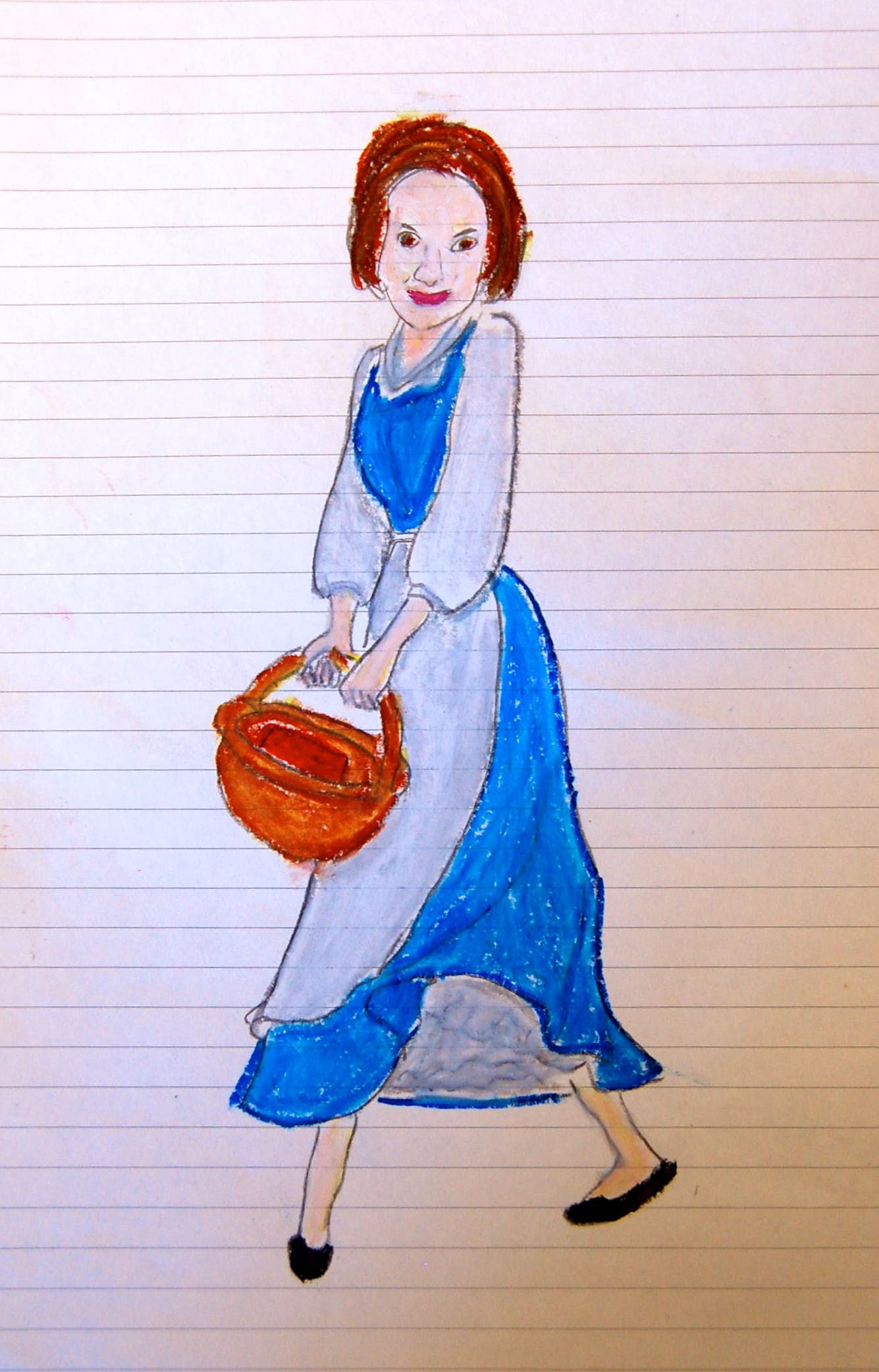 Pocadantus: Two strong, powerful characters in one. Turpentine renders an image that is undoubtedly inspired by John Goodman’s groundbreaking role as Fred Flintstone in The Flintstones. Pocadantus wears Disney’s version of Native American fashion like a second skin, his proud stance calling us back to an earlier way of life. 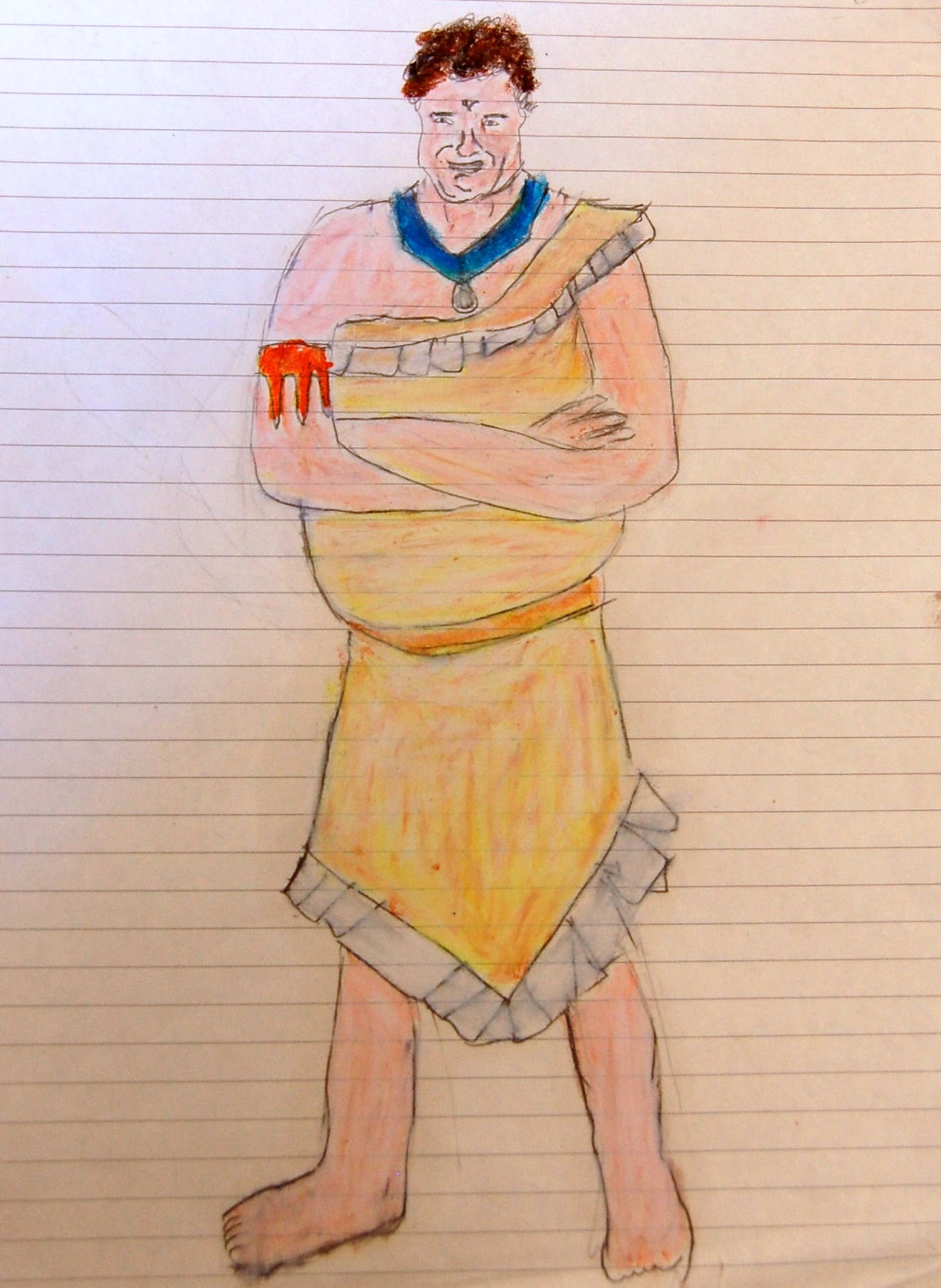 And last, but not least, just like Jasmine, Jasmanne is not “a prize to be won.” She’s a mother, wife, and sister to other Disney princesses from other eras and cultures. With Jasmanne, Turpentine demonstrates that even fictional working-class heads of household can be Disney princesses—a message society is desperate to hear. 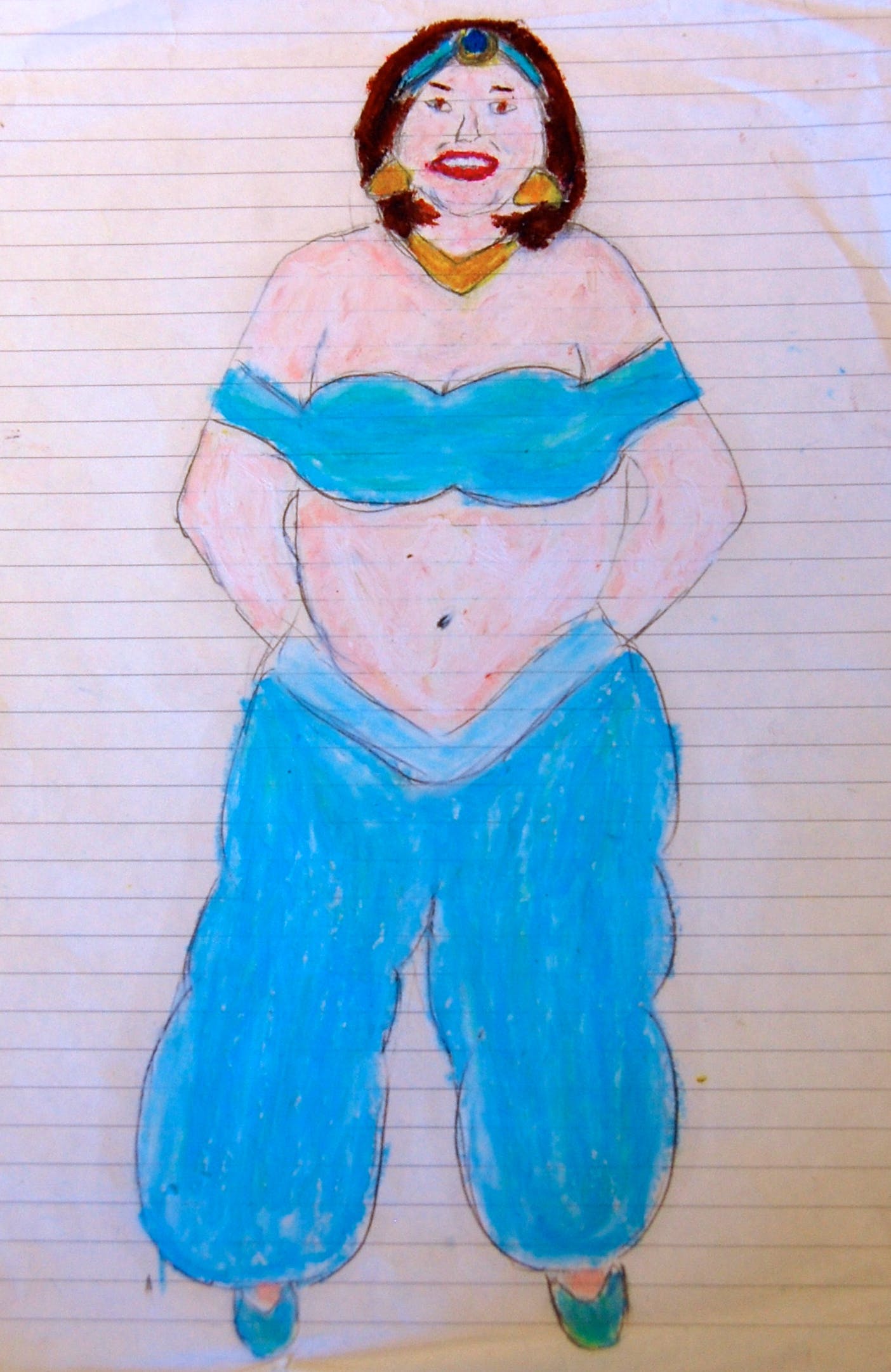 Just when you think you’ve seen the last of Disney prince or princess reimaginations, an amazing, original artist comes along and proves that this meme is a timeless classic, destined to outlast any other so-called works of “art” from our era. Bravo, Jezebel Turpentine!