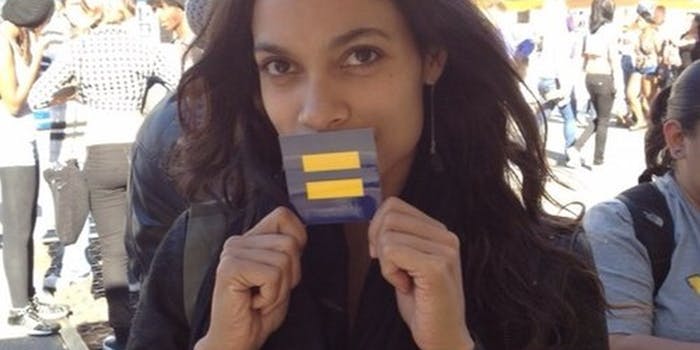 The star posted what appeared to be her home address in a Twitter message that wasn't meant to be public.

Who needs open-top bus tours around Los Angeles to see the stars’ homes when they tweet their addresses instead?

Actor Rosario Dawson accidentally tweeted her apparent home address to more than 360,000 followers Friday in what looked like a failed Direct Message.

“Wonderful. I leave LA on Monday,” the Men In Black II star wrote before asking an unidentified person to send an item to the address by then.

Though she quickly deleted the tweet, one Twitter user provided a stark warning to be careful when posting personal information online, even in a private message, as he shared a Google Street View image of the location.

Some kindhearted tweeters urged Dawson to take down the tweet:

Others were glad that she managed to remove the tweet hastily, though suggested an impromptu trip to LA was on the cards.

Dawson hasn’t responded to any of her concerned fans (or stalkers), and has yet to acknowledge the apparent Direct Message blooper.