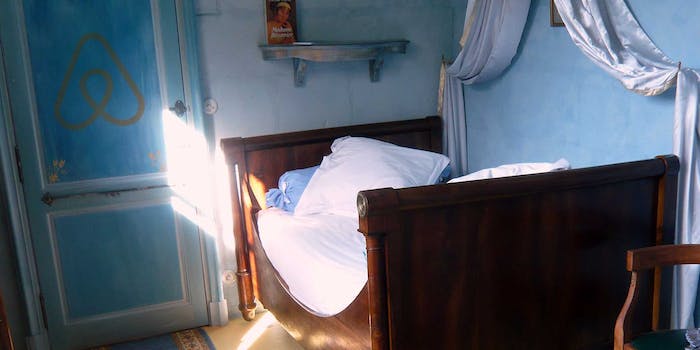 What’s worse than renting your apartment on Airbnb to guests who completely trash the place? When your roommate secretly sublets it to those people for you.

Such was the waking nightmare endured by Robert Corwin, a digital artist who splits his time between California and Chicago. When last he returned to his condo in the Windy City, he was shocked to find “a young couple living in the master bedroom,” CBS News reported. Not only that, but his “liquor supply was gone, and there was a hookah on the dining room table.”

Questioning the drunken pair canoodling between his sheets, Corwin came to find they had rented his bed through the apartment-sharing service Airbnb—but the listing had been posted by a “young man who had been living there, with his permission, renting the second bedroom.” Think it’s safe to say that these two aren’t exactly the best of bros anymore.

True to form, Airbnb is skating irresponsibly past this incident and laying the blame with the individual users involved—it’s not their job to figure out who owns what! The company did, however, remove the property from its listings.

On an unrelated note: If anyone wants to rent the Hearst Castle this weekend, hit me up.