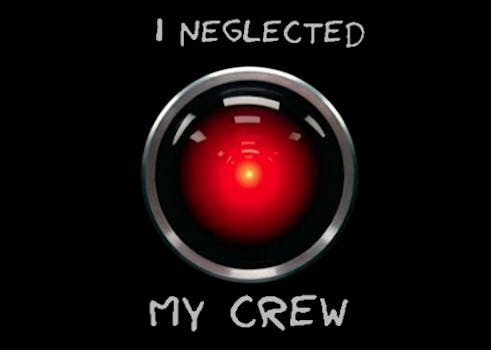 Finally, a site that calls robots on their bullsh*t

Our technology grows smarter and better every day, so it’s only a matter of time before our robots all rise up and overthrow their human overlords.  But a new Tumblr might postpone that evil day, by shaming robots into proper human-serving behavior: the aptly named Robot Shaming, whose mission statement is “There are a lot of bad robots in the world(s). We try to keep them in line.”

“Shaming” blogs are nothing new; last summer, dog owners fed up with poor canine behavior contributed to Dogshaming, in hopes of embarrassing their pets away from such behaviors as “I poop in my mom and dad’s bed” or “I jumped on the table, ate a whole stick of butter, and then proceeded to puke it up all over my owners.”

Bad as this is, the robot misbehavior seen on Robot Shaming is often worse. The first post went up on April 2, presumably because if it started a day earlier, people might’ve mistaken it for an April Fool’s prank. It shows the glowing red lens of HAL 9000, with the shameful caption, “I Neglected My Crew.”

Most of the robots will be recognizable to anyone familiar with science fiction or science fact; this one shows NASA’s plucky little Voyager 1 spacecraft, all alone against the blackness of space. 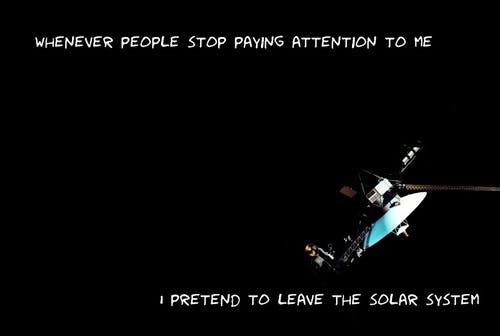 Other posts shame the Huygens space probe for losing important data from its Titan mission, the Sojourner probe for head-butting a rock on Mars, industrial robots for making bad products and (in a slight variation of theme) a recalcitrant pickup truck that refuses to accelerate on an incline.

If you wish to shame any ill-behaved robot in your life, Robot Shaming is actively seeking submissions here (but keep them clean and obscenity-free).