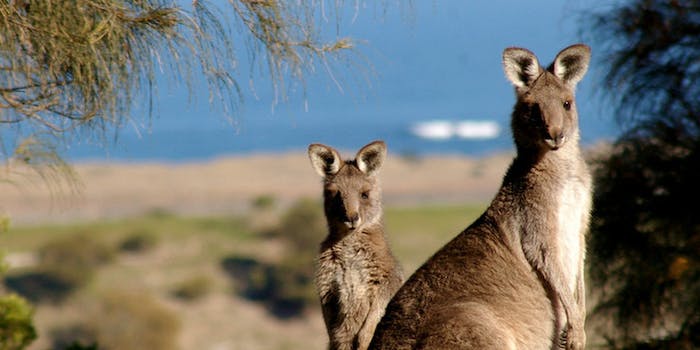 This robot kangaroo will hop its way into your nightmares

You thought alpha dog was terrifying?

The rise of our robot overlords is imminent, and they have revealed their favored form: the kangaroo.

The mad scientists at automation-technology company Festo have given the kangaroo—a terrifying creature in its own right, capable of leaping great distances at high speeds and drowning (!) potential predators—an impenetrable metal skin and reinforced limbs.

We do not ride on the kangaroo; it rides upon us.