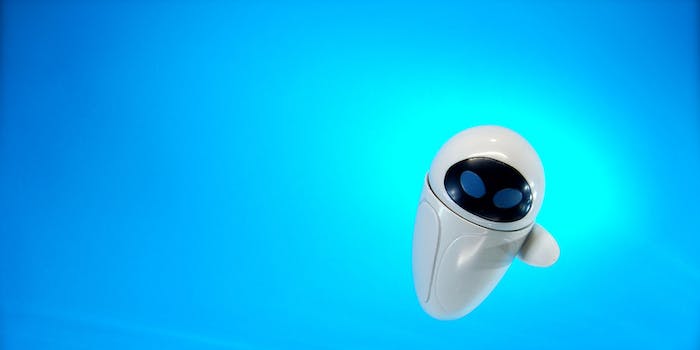 Note: This post contains explicit material and may be NSFW.

But if initial impressions of this motorized toy are any indication, the Autoblow 2 sucks—and not in a good way. As one sex writer and her husband note in an essay for Salon, this automated penis slurper is loud, slow, ineffective, and bears an eerie resemblance to a disembodied cross-section of a human face. They nonetheless conclude their review on a hopeful note: “Now that mechanical sex toys are increasingly being marketed toward men, maybe innovation is on the way at last.”

But that might not even be a bad thing. The mechanical sex toy market turning to men might be one of the healthiest things to happen to men’s sex lives since the invention of the condom. For all the talk of boys and their toys, there is still, as Nicholas Pell notes on LA Weekly, “a lingering social stigma regarding men and sex toys.” Because of this stigma, men still tend to be secretive with each other about their sex toy usage.

The Autoblow 2 follows in the proud tradition of the Fleshlight by including “pale lips and [a] surrounding fake-face.” While I’m sure many men can ignore the uncanny valley effect of shoving their dicks into a surreal half-face, the products themselves are still being positioned in the market as substitutes for “real-life” sexual encounters. Their chief selling point is still their verisimilitude with a mouth or a vagina. Women can use toys for fun; men, these product designs suggest, should only use toys when they can’t find a woman.

Better toys for men, toys that don’t position themselves as sex substitutes or hinge their appeal on their lifelikeness, could revolutionize the way that men approach their solo sexuality. The Autoblow could stand to lose the fake lips but the central idea is sound: a way for men to sit back, flip a switch, and get off. While it sounds like the Autoblow 2 may leave a lot of men feeling blue, the Autoblow 3 might just do the trick.

And if toys for men like the Autoblow become normal, men might finally learn how to approach their sexual desire as a fun playground rather than a scripted drama with a role that can only be played by a human female. It’s time for men to shake off the stigma, to learn that toys can be fun and to discover that sexuality is more than just sex.

Samantha Allen is a doctoral fellow in the Department of Women’s, Gender and Sexuality Studies at Emory University. In addition to writing regularly for the feminist gaming blog The Border House, her writing has also appeared on Salon, Jacobin, Kotaku, and First Person Scholar. You can find her on Twitter at @CousinDangereux or on the web atwww.samanthaleighallen.com.