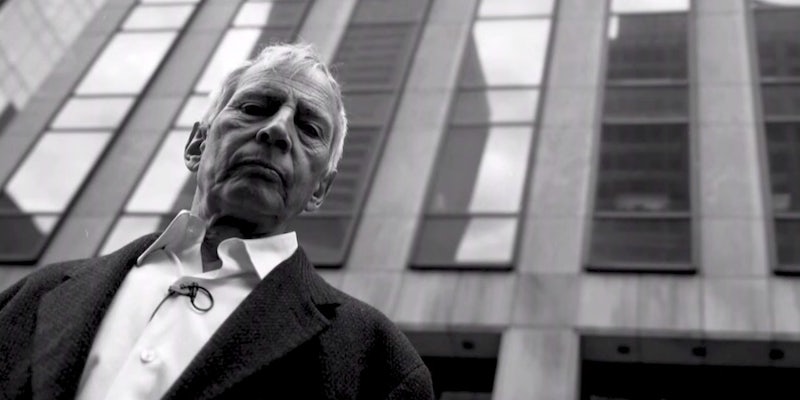 The subject of the HBO true-crime series is arrested on extradition charges for murder in Los Angeles.

The subject of an HBO true crime series has been arrested in New Orleans on extradition charges from Los Angeles.

Robert Durst, 71, is being held without bail on a first-degree warrant from L.A. law enforcement after deputies from the Orleans Parish Sheriff’s Office arrested him Saturday night. He doesn’t plan to fight the extradition.

A jury found Durst not guilty of murder in Texas in 2003 despite the fact that he admitted to dismembering a neighbor’s body and tossing it into the Galveston Bay. (He said it was in self-defense.) However, he’s been long suspected in the unresolved 1982 disappearance of his wife Kathleen Durst, who’s been legally declared dead, and the murder of his friend Susan Berman, a crime police in New York and L.A. could never directly pin on him. Those crimes have been investigated in the HBO series The Jinx: The Life and Deaths of Robert Durst.

It’s the case regarding Berman’s execution-style murder in 2000, which the Los Angeles Police Department reopened last week, for which he’s being extradited. It’s believed that the case was reopened in part due to new evidence revealed in the fifth episode of The Jinx. Berman’s stepson discovered a letter he believes Durst sent a year before her death, and evidence publicly revealed suggests that Durst knew about Berman’s death and the location of her body.

Durst told the New York Times last week that he didn’t have the “faintest idea” who was responsible for Berman’s death or what happened to his first wife.

Coincidentally, Durst’s arrest comes right before that the finale of The Jinx is supposed to air on HBO.

.#robertdurst arrested in New Orleans on a warrant out of LA. Today is final episode of the @HBO special #TheJinxHBO #TheJinx

Update 4:17pm CT, March 15: In a statement, HBO praised the makers of ‘The Jinx’ for their hard work and dedication to the Durst investigation:

“We simply cannot say enough about the brilliant job that Andrew Jarecki and Marc Smerling did in producing ‘The Jinx,’ the statement reads. “Years in the making, their thorough research and dogged reporting reignited interest in Robert Durst’s story with the public and law enforcement.”