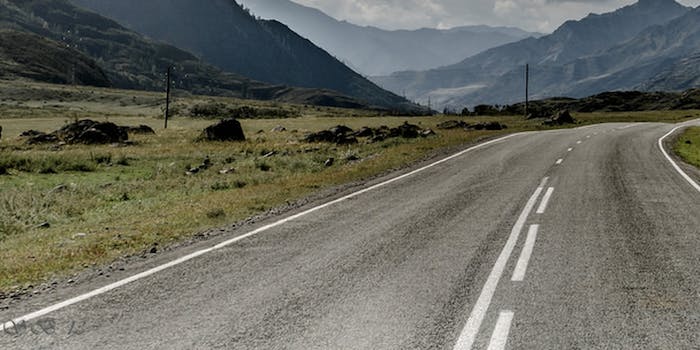 This road rage video has craziest twist ending ever

Russia’s dash cam culture has generated some truly unbelievable YouTube clips, but it’s going to take a lot to top this one, which features famous faces you’re sure to recognize.

Things kick off with a typical road rage incident—a motorist blocks a vehicle over some previous slight, gets out of the car, and makes plain his intention to fight the other driver. What he definitely didn’t expect was a sneak attack by passengers dressed as cartoon characters.

Authorities are working from a wealth of artists’ sketches to identify these hoodlums, except for SpongeBob Squarepants, already wanted in connection with a starfish smuggling ring.

Update: Unsurprisingly, speculation is swirling that this video may have been staged, partly because it opens with a “suspiciously stilted” conversation about Russia’s upcoming elections and was first shared on Twitter with an election-themed hashtag. If it is a political stunt, those U.S. “rock the vote” campaigns really need to up their game.

Photo by Serge Bystro/Flickr (CC BY 2.0)