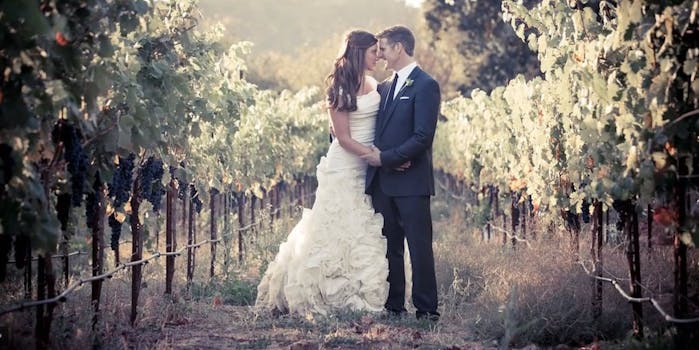 California has just joined the growing list of states considering so-called “death with dignity” laws permitting terminally ill patients to seek physician-assisted suicide. The state’s bill is named for Brittany Maynard, the personable face of physician-assisted suicide who launched the issue into the public consciousness late last year. Oddly enough, a similar bill is being considered across the pond as well. But, as a growing number of states take up the cause, we may be having the wrong conversation about physician-assisted dying. This is not an issue of quality of death, but of quality of life, and the need to provide patients with better choices.

Such laws permit doctors to prescribe a lethal dose of medication under controlled circumstances without incurring legal liability, something supporters say opens up more options to patients facing the end of their lives. Only Oregon, Washington, and Vermont currently explicitly offer physician-assisted suicide, while court rulings in Montana and New Mexico have effectively sanctioned it. Doctors must follow very strict guidelines, including confirmation of a lethal diagnosis from a second physician, consultation with witnesses, and a number of other steps before they may prescribe medication.

Opponents of such laws claim they violate the sanctity of life and will create an environment in which people will feel pressured to commit suicide for financial reasons or to avoid becoming a burden. Many also see it as a devaluation of those to whom it is presented as an option. “There is no better evidence of the negativity with which terminal illness, chronic illness, and disability is viewed,” wrote the BBC’s Baroness Jane Campbell in 2014, “than [the belief] that we might be better off dead.”

Others argue that such laws offer people empowerment in their final moments and the ability to avoid suffering. The editorial board of the Los Angeles Times says that “Californians should have the ability to determine their personal medical destinies.” Professor Stephen Hawking shares the sentiment that people should be able to take control over how their lives end, and when. In a 2002 interview, he said, “We don’t let animals suffer, so why humans?”

Both paint death and dying as a dualistic matter. Either you experience a slow, drawn-out, painful death, or you die at a place and time of your choosing.

If the option lies between wasting away in a nursing home, losing autonomy and dignity, or dying, the decision to commit suicide is understandable—but it doesn’t have to be that way.

This ignores a third, more nuanced option—the possibility that maybe if we focused on quality of life for patients with terminal illnesses instead of sentencing them to unpleasant deaths, they would have more freedom of choice. If the option lies between wasting away in a nursing home, losing autonomy and dignity, or dying, the decision to commit suicide is understandable—but it doesn’t have to be that way.

“We’re generally not comfortable talking about death, even though all of us die. Rather than face up, we cling to hope and the possibility of miracle breakthroughs,” write the editors of Spokane’s Spokesman-Review, discussing hospice and assisted suicide in Washington. And these conversations need to change before we can address the debate over assisted suicide. It’s not about whether we should allow people to kill themselves in as painless a way as possible with assistance from medical professionals, but about whether we value terminally ill patients enough to present them with true choices.

Brittany Maynard made an ideal face for the dignity in dying movement. She was young, conventionally attractive, and well-spoken. Her story was filled with pathos—diagnosed with a brutal cancer before she even turned 30, she was looking at months of pain and suffering before likely sinking into a coma and dying. The California resident opted to move to Oregon to access the state’s physician-assisted suicide law, made a video about her decision that went around the world, and dominated headlines in the final months of her life.

Most patients who take advantage of such laws don’t look like Brittany Maynard. They are old—in Oregon, 78 percent of patients are between 55 and 84—they are visibly extremely ill, they are struggling to communicate. There’s something about the death of a fresh-faced young woman that the public finds troubling, and that’s why her case catapulted the issue into the news, spurring a number of states to reconsider the issue.

Most patients who take advantage of such laws don’t look like Brittany Maynard. They are old—in Oregon, 78 percent of patients are between 55 and 84—they are visibly extremely ill, they are struggling to communicate.

Most patients look more like Joseph Andrey, an elderly man who wanted to peacefully die at home, yet was shuffled from care home to care home over protests from both him and his daughter. Andrey didn’t captivate the nation like Maynard did, but in many ways, his story was more important, illustrating the deep holes in a health care system that refuses to acknowledge the dignity of dying patients. He was dependent on federal funding to support his care, and the funds ran out. “Though he qualified for both Medicaid and Medicare,” wrote Nina Bernstein, the reporter who covered his case, “the flow of money seemed to bypass what he actually wanted at the end of life: to return to his music and books and to die in his own bed.”

Maynard benefited from a number of advantages in her final days—and I’m not talking about the law that allowed her physician to prescribe a lethal dose of medication. Her hospice care included an extensive focus on her quality of life, including pain management, drugs to manage her seizures, nursing care, and a variety of supports to help her and her family deal with one of the most traumatic and difficult times in their lives. Maynard’s life wasn’t comparable with that of many other terminally ill patients in the United States, and it’s not a fair illustration to use when discussing the issue of death with dignity, for it suggests that physician-assisted suicide is only pursued by patients who have enjoyed peaceful, supportive treatment and are ready to let go.

Older adults, who make up the majority of those who choose assisted suicide, are more likely to live in poverty, depending on Medicare for treatment of their illnesses—and an estimated 28 percent of Medicare costs are incurred in the last six months of patients’ lives. Medicare’s benefits are not generous and do not offer the same level of hospice support that Maynard was able to access. Subpar care for the dying is grim and leads to conditions that few patients would want to endure. But it doesn’t mean that a patient’s life has to end shoved in a corner watching television, bedsores accumulating while nurses struggle with a high patient load.

A patient with breast cancer shouldn’t have to choose between a lonely ward and a grisly death or suicide. She should have the option of going home to be among friends and family or of being supported by a care team that works to keep her comfortable. She should be provided with the tools for autonomy so she can make empowered choices about her treatment plan, rather than being forced into false “options.” Death shouldn’t be a dichotomy, and the conversation we’re having about physician-assisted suicide is making it into one.

Death with dignity starts with living with dignity, and that right is currently only available to the few with excellent insurance plans that include comprehensive hospice coverage, independent wealth, or supportive communities who come together to support them in death. A terminal illness is the beginning of the end, but it doesn’t have to be a bitter one.

Photo via the Brittany Fund/YouTube