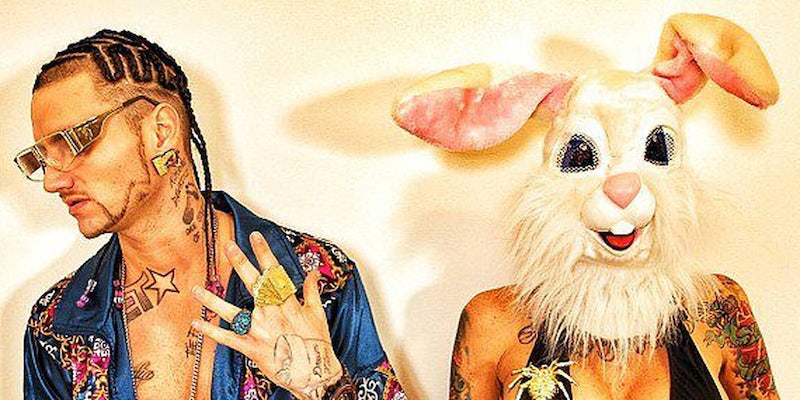 Hide the women and turn on your parental controls.

Who knows what to expect from the Houston rapper turned weblebrity when he shows up on your computer screen every Thursday. Riff Raff—who more people may recognize by the individual who tried impersonating him, James Franco, in this year’s Spring Breakers—maintains a certain flair for the extreme. Think women, weed, and diamond-studded whiskey glasses at every turn in a sea of drunken partiers.

The 1:31 teaser for “Realm” supports that claim. Within the clip, you’ll find mentions of music, fashion, custom hair braids, and bikinis, with reviews of Vine videos promised and a pledge to “Show you how to be a man.”

See? We told you there’d be no need for women to watch this.

Here’s the first episode in its entirety.