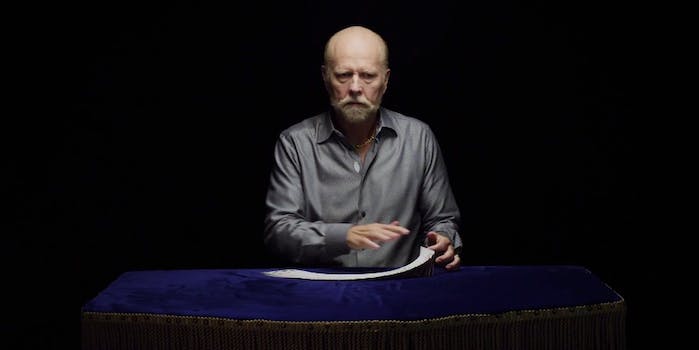 This blind card magician’s slow motion tricks will hypnotize you

It's a master at work.

Even one of the world’s greatest card magicians still has some tricks up his sleeve.

Richard Turner is a legendary card wizard who has performed his routine around the world, but what makes his skills even more incredible is he’s completely blind.

He’s the subject of Dealt, a documentary coming out in 2015, and while the recently-released trailer may not reveal any particular plot points of the film, we get to see him do what he does best.