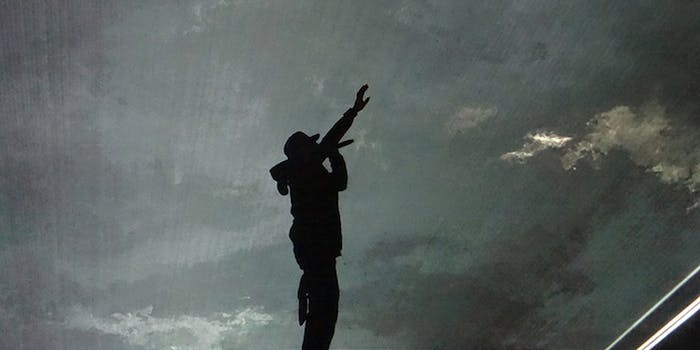 On April 21, Richard J. Dupree Jr. filed a $2 billion lawsuit in California’s Eastern District Court against Jay Z and Beyoncé, alleging that they stole lyrics and songs from him, and conspired with Kanye West, Rihanna, and Chris Brown, as well as Homeland Security, the CIA, and the FBI, to do so.

Dupree is currently incarcerated at California State Prison, Corcoran, and further alleges that these musicians stole roughly 3,000 songs via satellites and other covert methods.

This isn’t Dupree’s first lawsuit from prison. In June 2011, he sued the United States Copyright Office for “price discrimination,” claiming that his prisoner status left him unable to copyright his lyrics and, “as a result, plaintiff’s lyrics have been stolen by established music artists, effectively “block[ing] [plaintiff] out of the ‘free trade’ market.” A related lawsuit was filed that same month against the International Telecommunications Satellite Organization.

While it’s easy to laugh at the thought of Jay Z or Rihanna using their alleged Illuminati power to lift lyrics from a California prison, it’s less laughable that Dupree may be mentally ill, and might not be receiving the treatment he needs. Dupree filed this most recent lawsuit as a matter of “civil rights.”

So far, none of the artists named in the suit have responded.