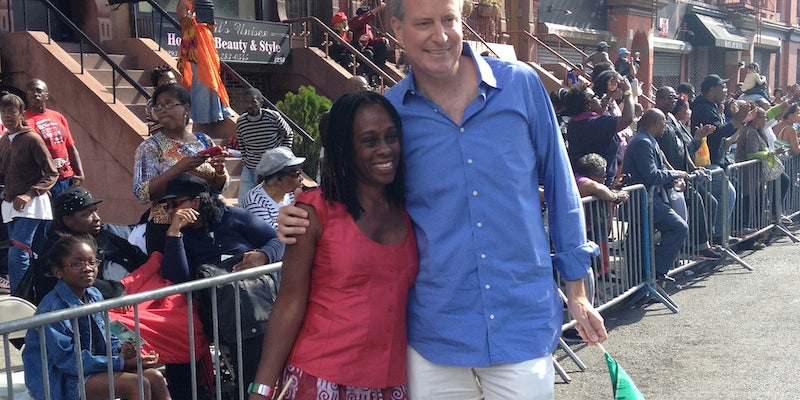 If you thought Washington Post columnist Richard Cohen might avoid including a nasty aside about interracial marriage in an editorial nominally about New Jersey Governor Chris Christie, you really don’t know Richard Cohen. Here’s the paragraph that has the Internet in a justified uproar today (emphasis ours):

Today’s GOP is not racist, as Harry Belafonte alleged about the tea party, but it is deeply troubled—about the expansion of government, about immigration, about secularism, about the mainstreaming of what used to be the avant-garde. People with conventional views must repress a gag reflex when considering the mayor-elect of New York—a white man married to a black woman and with two biracial children. (Should I mention that Bill de Blasio’s wife, Chirlane McCray, used to be a lesbian?) This family represents the cultural changes that have enveloped parts—but not all—of America. To cultural conservatives, this doesn’t look like their country at all.

Richard Cohen chokes on his own racist vomit while I’m there, silently watching. I could help, but I don’t. I’m Walter Brown.

The real question here: How does Richard Cohen’s editor get to go on vacation so often? https://t.co/4B7xRH3shz 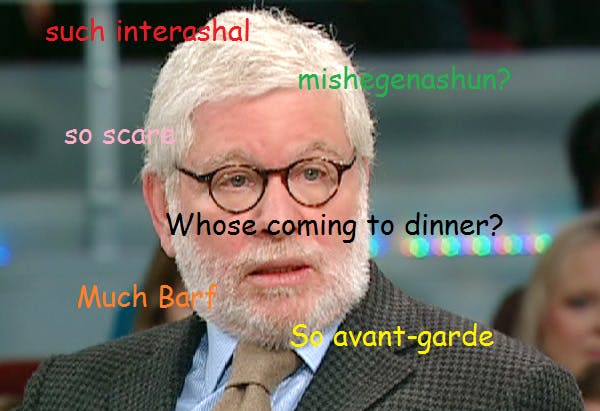 But really, how surprised should we be when Cohen’s previous column concerned his recent discovery that slavery is—wait for it—evil? There’s also this Change.org petition agitating for his dismissal, which kicked off back in July, when Cohen wrote that slain teenager Trayvon Martin was a “young man understandably suspected because he was black.” The petition also cites a 1986 piece (which he later walked back) in which he argued that “jewelry store owners were justified in keeping black people out of their stores for fear of theft.”

Even with his history of appalling ideas, Cohen’s opinions have lately been so vile and out of touch—a staggering majority of “conventional” Americans, including conservatives, are just fine with interracial marriage—that some, like Salon’s Alex Pareene, suspect he’s begging to be put out to pasture. And while we can’t know the all particulars, it’s a good bet such a move will start making financial sense to the big man upstairs.

Don’t know what the pay scale is these days, but I’ll bet Bezos could buy at least two great reporters for what he’s paying Richard Cohen.

The best responses were by members of multiracial families, who tweeted images for Cohen to gag over:

hey richard cohen, you suck. sincerely, someone who grew up in an interracial family https://t.co/uGMCmnoLMk pic.twitter.com/CPwVbPvIx8

Hey #richardcohen, you know who has a “gag reflex” when they consider people with “conventional views”? My kids. pic.twitter.com/GFJA6QbsKE

My multiracial kids and I are starting a punk band called GAG, AMERICA, GAG!!! pic.twitter.com/g3aovUIARP

These are my interracial parents & the only thing gag-worthy here is the 90s shirt-tuck (4 yr. old me took the photo) pic.twitter.com/LlyIJq3qc7

Love! RT @DaleMoss2: @[me] @3ChicsPolitico My granddaughter Khadijat and I show what we think of Richard Cohen. #Gag pic.twitter.com/1dpVpvLbe3

This photo is for @washingtonpost Richard Cohen! I hope you gag asshole! #myfamily #proud #love pic.twitter.com/G2jXF3KBSh