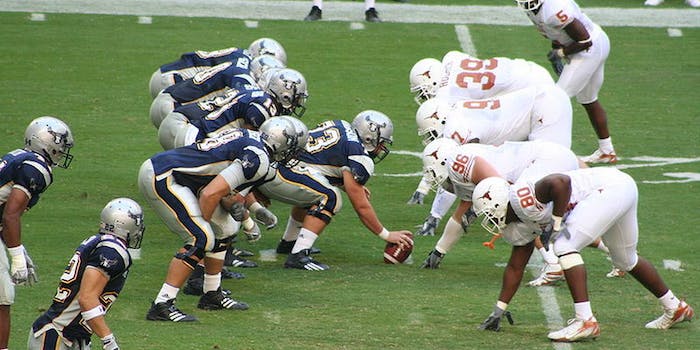 It was a purr-fect strategy.

Full disclosure: I am a Rice University alum. I graduated about ten years ago and, for most of my time at the school, the football team was known for being not so good.

Yet over the past decade, the Owls’ football program has improved immeasurably—even getting the team invited to a handful of bowl games—and much of that newfound success can be attributed to recruiting. So, when team officials decided they wanted to nab J.T. Granato, the star quarterback at Houston’s nearby Kinkaid High School, they pulled out all the stops and sent a letter to his cat.

According to the Houston Chronicle, the letter, which was penned by co-offensive coordinator Billy Lynch, read:

As you know we’re trying to convince J.T. Rice is the place for him. I know you’d like to keep him close so he can feed you and change the litter box. Please help us to get him to choose us. Paw me if you have any questions.

The tactic worked and Granato, who was reportedly being courted by the University of Houston, University of Maryland, and Wake Forest, gave a verbal commitment to Rice shortly thereafter.

College athletic programs around the country have stepped up their game in recent years and gotten increasingly creative with the content of their recruiting letters. Mississippi State University, for example, has been known to send out hand-drawn pictures of ?Cans of Swag.”

When ESPN asked Granato how his cat felt about all this, he replied, “She didn’t care. She doesn’t care about anything.”