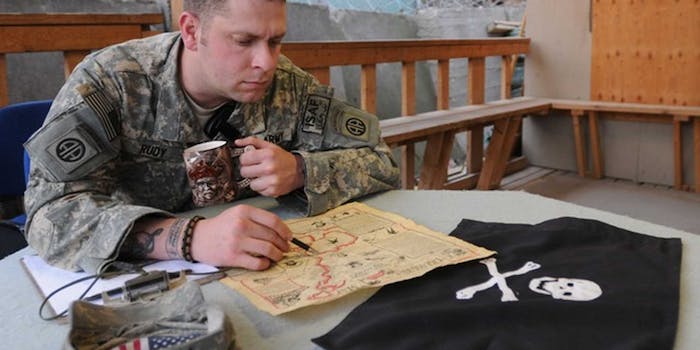 The RIAA is tired of sending Google so many takedown notices

The RIAA wants certain repeat copyright offenders blacklisted, so it no longer has to send to notice to have Google block their sites.

Someone’s finally thinking of the victims. An extremely influential group is putting its foot down, furious at the gross inefficiency of America’s prevailing online copyright law, the Digital Millenium Copyright Act (DMCA).

That group? The Recording Industry Association of America (RIAA), that coalition of record companies that’s caused endless frustration for many Internet activists and users.

Certainly the DMCA, which is currently the subject of a massive congressional review, doesn’t have many fans. It’s created as a system of checks and balances: If a copyright owner sees a URL that illegally links to one of their files, they can tell the site’s owner to take it down, and Google to stop linking to it. If those sites comply quickly, they won’t be considered liable for piracy.

The DMCA is meant to protect websites from liability for the copyright violations of their users, but the cat-and-mouse game of notice and takedown has spiraled out of control. The RIAA now requests Google censor an astounding 20 million links a week; both sides now automate the system.

Many activists say that leads to censorship. But the RIAA dislikes it for a whole different reason. In an official blog post for the RIAA, the organization’s executive vice president of anti-piracy, Brad Buckles, calls for a revised law that would have Google censor entire sites that frequently host user-posted pirated content. Sites like Mega or other file lockers would get the blacklist:

It is certainly fair for search engines to say that they have no way of knowing whether a particular link on a specific site represents an illegal copy or not.  Perhaps it’s fair for them to make that same claim at the second notice.  But what about after a thousand notices for the same song on the same site?  Isn’t it simply logical and fair at some point to conclude that such links are infringing without requiring content owners to keep expending time and resources to have the link taken down?

And the RIAA is no stranger to influencing politics. Perhaps most infamous for its role in lobbying for the Stop Online Piracy Act (SOPA), it donates tens of thousands of dollars to members of Congress each election cycle.

However, Buckles did find one thing that everyone can agree with:

As the Congressional review of the DMCA gets underway, there should be a strong focus on what notice and takedown was supposed to accomplish.  The DMCA was intended to define the way forward for technology firms and content creators alike, but some aspects of it no longer work.  How could we expect it to?  It was passed before Google even existed.