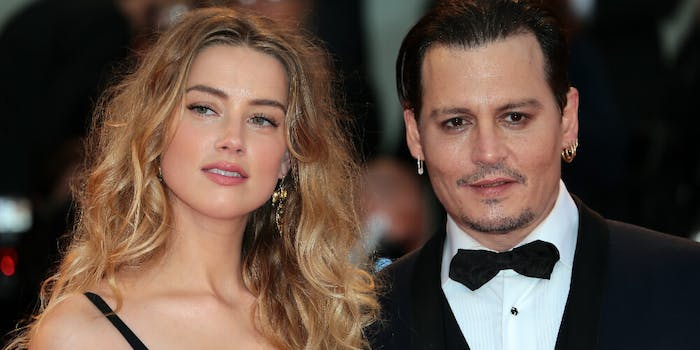 ‘This is no doctor’: People are review-bombing the experts called by Amber Heard’s team

Viewers of the Depp v Heard trial are calling for the psychiatrist to lose his license.

People online are review-bombing the psychiatrist who was called up to the stand as a witness by Amber Heard’s team in the highly publicized, weeks-long Depp v. Heard defamation trial on Monday.

Virginia-based psychiatrist Dr. David R. Spiegel spoke in defense of Heard, testifying that Depp “has behaviors that are consistent with someone that both has substance use disorder as well as behaviors of someone who is a perpetrator of intimate partner violence,” according to the BBC.

Depp’s team undermined that testimony by saying Dr. Spiegel had no “direct contact” with the actor to come to that conclusion.

Dr. Spiegel also clarified that he called used the word “idiot” referring to Depp in his deposition because Depp took an overnight flight from Europe to the trial.

Just minutes after Dr. Spiegel took the stand, internet users jumped to leaving him 1-star reviews online, calling him “unprofessional” and a “clown.”

“This is no doctor,” one reviewer wrote for Dr. Spiegel’s WebMD Physician Directory profile. “It is unethical to diagnosis people without even meeting or talking to them. He should be investigated by the board and have his license suspended or revoked.”

“An extremely dishonest immoral quack. No, I have never met him, am just relying upon his own process to assess him,” another reviewer wrote.

By Tuesday afternoon, many of the recent negative Google reviews have been scrubbed.

Dr. Spiegel spoke to Newsweek on Tuesday, saying, he was “sorry these people have to leave their frustrations or anger out on someone who is bound by knowledge and academia and scholarly activity.” He added that he doesn’t think the review-bombing or trial will affect his business.

Depp sued Heard for $50 million in damages with accusations that she ruined his career when she wrote an op-ed in the Washington Post implying she was a victim of domestic abuse when in a relationship with him. The high-profile case has divided many people with Depp’s fans constantly mocking Heard, which has caused concerns for survivors of abuse speaking out.

The Daily Dot has reached out to Dr. Spiegel for comment.