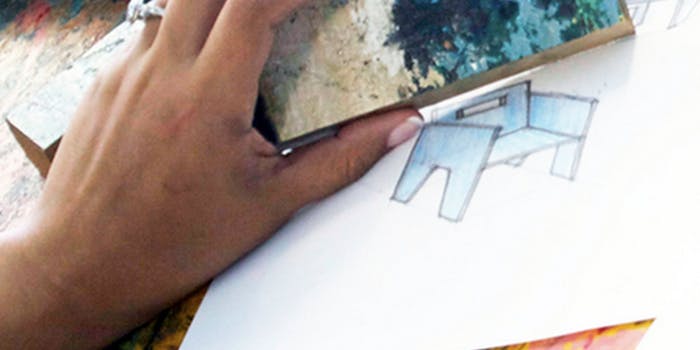 Sellers up in arms against a changing Etsy

It began with just one featured seller. Now, Etsy is in revolt over whether it truly is a marketplace for handmade goods.

Etsy has continued to defend the seller it featured on its blog April 20, Ecologica Malibu, despite mounting evidence from community members that the shop resells factory goods.

After the “world’s handmade marketplace” featured Ecologica Malibu on its blog, community members presented evidence, including a bill of lading, to indicate the store’s products were not only not handmade by the seller, but constructed in another country.

The accusations were strong enough that Etsy ran a subsequent investigation to determine whether it had wrongly promoted a reseller—a store which distributes wholesale goods from a factory—a type of commerce that is against Etsy’s rules.

Etsy’s investigation determined that Ecologica Malibu is a “collective,” a term which an administrator defined as a shop “run on Etsy … with help from a local staff.”

The definition does not negate evidence that Ecologica Malibu works with distributors overseas. Instead the clarification indicates that outside assistance has been permitted on Etsy since 2009.

“Some steps of production may be cost prohibitive for a very small business to take on internally, or the processes may require special equipment,” wrote Etsy administrator Lauren Engelhart. “These rules allow a shop to have a limited portion of the item’s production done by someone (or a business) outside their own shop.”

Some sellers took this to mean that Etsy permits resellers. In response to an administrator forum post written to clarify the issues, hundreds of sellers expressed their confusion.

“So is Etsy a place for individual crafters/small businesses, or a place for large businesses to promote their ‘handmade’ (by laborers overseas) products?” asked Alicia Lee. “Because it certainly feels as though Etsy simply doesn’t care if mass producers or resellers drown out true artisans.”

Dozens of sellers announced their plans to temporarily close their shops in protest. Other sellers have made up their minds to leave Etsy for good. Some are using the forums to discuss alternate sites which only permit individually handmade items.

“I know I won’t be missed by Etsy and I will miss the exposure being on Etsy brings, but I will not *ever* want anyone to *ever* wonder if my books are really handmade,” wrote Andrea. “I may not get the same exposure but I WILL have maintained my integrity.”

Upset sellers have set up a Facebook page and a Change.org petition (with 600 signatures) to keep track of sellers who want Etsy to prohibit all shops except those who sell exclusively handmade items. Some sellers claim that it’s “false advertising” for the self-described “handmade marketplace” to sell goods that are not made by individual artisans.

However, according to a Wall Street Journal interview with Etsy CEO Chad Dickerson back in October, Etsy has supported shops selling a diverse set of goods for quite some time.

“Handmade has always been an anchor for Etsy, but it’s not the only thing that’s ever been sold on Etsy,” he said at the 1:20 mark. “The reality is Etsy has always been about the nature of the transaction, about knowing who you’re dealing with.”

The problem with Ecologica Malibu is that, before sellers dug up evidence forcing Etsy to revise its blog post, customers didn’t realize they were dealing with a collective instead of one artisan.

Etsy doesn’t need to shut down non-handmade shops in order to win its upset sellers back. Instead, it needs a policy to require sellers to be completely transparent about how their items are made.