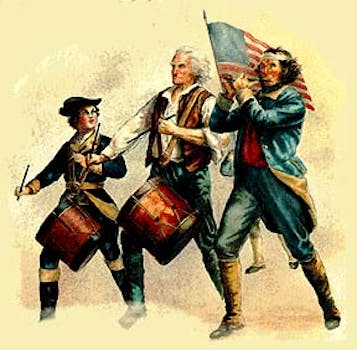 Can RepublicOfReddit change the conversation on the Internet's front page?

Reddit, a long-running experiment in democratizing the news, now has a republic.

A small group of the social news site’s users are launching a massive attempt to reimagine how the site functions and how its users share content and engage with one another.

Called the RepublicOfReddit, it launches today.

Reddit is largely run by volunteer moderators who watch over specific sections, or subreddits; it’s easy to start a new subreddit, but hard to manage as it grows. To the dismay of many Reddit users who prefer the site as a place for high-minded discussion, funny images, jokey headlines, and memes now rule the bigger subreddits.

So RepublicOfReddit’s creators envision a network of highly moderated sections that intend to counter the freewheeling image-sharing party that Reddit’s front page has become.

“We’re going to take a lot of jabs about the internetz being serious business,” wrote blackstar9000, one of the group of a few dozen redditors behind the network, “but we have taken the structure of the network pretty seriously.”

So what’s involved in building a new nation within Reddit? It takes some bravery, contrarian thinking—and one really cool name.

It helps to realize that Reddit, once a small Internet tribe, now boasts 21 million unique vistors a month — roughly equivalent to the population of Australia. Reddit’s popularity has exploded over the last couple of years, recording 300 percent growth over the past 15 months.

What’s followed is a dramatic shift in the conversation on Reddit. Links to thoughtful articles and original content have been lost in a sea of images, memes, and bad puns. Meanwhile, new members increasingly don’t take the time to learn the site’s extensive etiquette, and longtime users don’t have the patience to teach them all.

The all-volunteer workforce who keep Reddit running, the subreddit moderators, haven’t been given tools to keep up with the changes. The site’s default sections, which appear on every new user’s homepage, each boast nearly a million readers supported by just a few dozen moderators.

When moderators do lay down they law, they risk the wrath of redditors who believe anything goes on the site (or simply misunderstand the rules). Some write post accusations of moderator of misbehavior, which can lead to harassment, usually in the form of abusive personal messages.

When one moderator shut down one of the site’s most popular sections last month, for instance, he even received threatening phone calls at his job.

Newer users who might want thoughtful content don’t know where to find it. Complaints from Reddit oldtimers who pine for the old days are now so common that redditors are complaining about all the complaining.

It’s a tense, almost unmanageable situation. But what would happen, as blackstar9000 says, if “you perform a soft reset on the most active [sections], and start over with a clear idea of how to moderate them?”

The project started on a lark, of sorts, a couple months ago. Moderators of an image network on Reddit noticed one of them was sitting on a pretty cool section name: r/RepublicOfReddit.

Among these experienced moderators, the name became a kind of rallying point for discussion on how to improve Reddit. How can serious users carve out their own place on the site, protected from memes and frivolity?

As syncretic, another mind behind the project said: “The goal I have foremost in mind is creating a new community from the ground up, a community which acknowledges the status quo on the front page of /r/all is slowly deteriorating, and may have already passed the point of no return.”

First, to make sure content stays focused, they’re laying down the laws. Literally.

They’ve written official charters to govern moderator and user conduct. These documents are called, respectively, the Charter and the Republiquette. Disobey the rules enough times, and you get banned (mods need not worry—organizers have launced a moderation orientation course). All moderator decisions are made and discussed in the open.

That’s because, syncretic says, right now everything moderators do on Reddit is shrouded from public view, which “only compounds the problem.” syncretic says. “We decided early on that transparency is key.”

When network moderators do misbehave, they can be removed. Which is why the network is true to its republican name: It holds elections, though not perfectly democratic ones. To avoid spamming and novelty accounts, only users who have held accounts for at least three months can submit content or vote. New moderators are put to a popular vote among the section’s approved submitters.

“The system is structured to make it relatively easy to get in,” blackstar9000 says, “but relatively difficult to stay in if you abuse the spirit of the network.”

So is the Republic a bastion of elitism, run by nostalgic Reddit hipsters who only like the site the way they imagine it used to be?

Conspiracy theorists—every community has them—already launched a vague attack on the project last month. The Republic’s creators are bracing for more when they launch.

But they don’t necessarily see themselves as elitists, and they’re certainly not trying change the whole site. They’re just conducting a kind of volunteer social experiment on a site with millions of users and billions of page views every month.

“It’s a grand experiment,” blackstar9000 wrote. “Maybe it won’t add anything. Maybe it’ll take off, but it won’t be substantially different from any other reddit. My hope is that it will provide a model that other reddits can adapt in order to foster more community or types of content that currently have to struggle on the site.”

Aguyinachair, another mind behind the project, may have summed things up best: “RoR is a sort of series of lifeboats tied together floating on a sea of memes and lolz.”

If the Republic’s founders succeed, they might well have the last lolz.