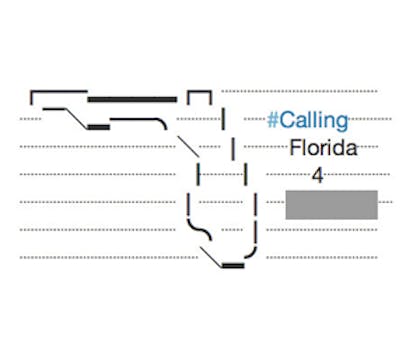 Reporting on the election, one piece of Twitter art at a time

In the flood of election day tweets, Matthew Haggett's ASCII art stands out.

Election day is finally here, and Twitter is already filling up with messages about broken voting machines, exit polls, and hashtags promoting one candidate over the other.

With official results only expected in late Tuesday night, an entire day of political jabbering on Twitter is sure to take its mental toll on even the most seasoned social media user.

So with the help of acclaimed Twitter artist Matthew Haggett (@tw1tt3rart), Drake Martinet of Now This News will be tweeting original ASCII art as a way to give people a mental break and have some fun.

“When polls close, there is always this kind of let down,” Martinet said. “Because in tight races, nobody wants to call it. And when they close, there is not enough information to make a call. That’s a great moment when everyone is going to be waiting for something on social. And it’s a great time for us to jump in and add a little spice to their Twitter feed.”

Over the last month, Haggett has created more than 80 original ASCII art tweets to send out on Now This News’ Twitter feed (@NowThisNews) throughout the night. So far the pieces include illustrations of each of the 50 states, a battleground state results, and special art for each candidate once the winner is determined. Some of his favorites include Washington, Texas, and New Mexico. And like his GIF artist brethren on Tumblr, Haggett will also create  live Twitter art throughout the night “as the election develops and unplanned topics come up,” he told the Daily Dot.

“I live in Oregon, which is not a swing state, so I feel frustrated that my vote for president gets rounded away by the electoral college. This seems like a particularly crazy election season. Frankly, I’m glad it is almost over,” Haggett said. “It has been getting pretty grating, especially on social networks. I prefer Obama over Romney and I hope he wins. But this art project is non-partisan, and is designed to offer as much to conservatives as liberals.”

Most Twitter art is made with ASCII, a 48-year-old text encoding scheme that is built into all Windows and Apple operating systems. Because Twitter is used on a variety of different platforms–cell phones, tablets, computers–creating coherent ASCII art can be a challenge.

The most important thing about the art project is for people to enjoy themselves on election day, Martinet added.

“All of us suffer from fatigue when it comes to these big events. Your feeds become about one thing. I think the art thing was born out of two ideas. One, to try and do something that sits with our company and have a little fun. And participating in the social space that isn’t a refactor of what everyone is saying,” he said. “While politics can get rancorous, it’s a day of celebration. Election day doesn’t have to be somber. There is obviously a lot of gravity to what’s going on, but you can have a good time.”