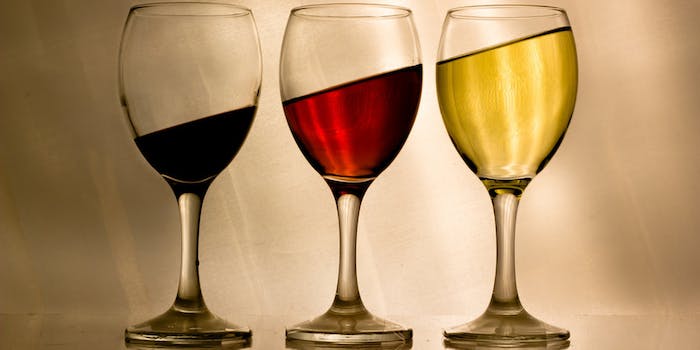 He called me a cheap-looking, anorexic c**t.

When I tried online dating for the first time, I had some reservations. I had problems with creating a cute, catchy nickname. I had issues with surrendering to an algorithm playing matchmaker. I didn’t like mechanical “winking” or determining which guy in the frat-looking group shot was the actual guy who I was messaging with.

And when a friend of mine told me that I’d have to treat online dating like it’s a  “second job” in order to get “results,” I wanted to quit it right then and there. I already had a job that sucked the life, joy and spontaneity out of me—I didn’t need another.

Mark was tall, dark, sufficiently handsome, and if that wasn’t cliché enough, he was also a doctor. I don’t usually fall for cookie-cutter tropes, but seeing as I was at the end of my rope when it came to my online dating experience, I gave Mark a “wink” and hoped he’d at least wink back, or dazzle me with a “Hi!” Maybe a “How R U?” if I was blessed.

Within 24 hours, Mark did wink back, as well as formally introducing himself using proper grammar, no less. He told me he was an orthopedic surgeon who enjoyed cycling and being outdoors. He was close to his family, especially with his mom, and he really, really liked using emoticons.

Truthfully, with the exception of being close to our mothers, Mark and I didn’t have much in common. I prefer driving over cycling and my vocab includes The Great Outdoors, only because it’s a really funny John Candy movie. But I also recognized that creating online profiles is tricky and two-dimensional, so when Mark suggested we meet IRL, I said yes.

We were both living in the ‘burbs at the time, so we decided to meet in the city at a waterfront restaurant for something new. I was a few minutes early, but I popped my head inside to check if Mark was there anyway. I scanned the bar and didn’t see anyone who looked like Mark’s profile pic, so I hung out outside waiting for his text to say he had arrived.

Soon I got a text from Mark informing me he was sitting at the restaurant bar. I was surprised. I was just in there, and I hadn’t seen anyone matching Mark’s description enter the restaurant. Curious.

I went to the bar, again scanned the patrons, and again didn’t see Mark, or at least the Mark I was expecting to see. Then, a guy (over) dressed in a pinstripe suit and a satin red shirt swiveled around to face me.

Wait. Hold up. This guy was Mark? This guy looked older and heavier than the dude who I’d been communicating with. Not ugly, just not my type, and more importantly, not like his profile pic.

We shook hands, and he asked if I wanted to go out to the patio for a drink. I said, “Sure!” and we were seated at a table facing Lake Ontario.

At this point, I already knew it wasn’t going to work out between Mark and I. Not only was there a certain spark missing, but also my gut kept telling me something was off. However, I didn’t want to be rude so I thought I could just finish my glass of wine and leave. We ordered our drinks, and then…silence.

“So, why did you try online dating?” I asked breaking the awkwardness.

Fair enough, I thought. More awkward silence. Then the drinks arrived, finally! I took a big, long sip. He asked me something about my career and I yammered on about editing and Photoshopping. He looked bored, so I asked him about cycling. After his long-winded story of him biking solo for miles Forrest Gump-style, he suddenly stood up and said, “Are you cold? I’m freezing.” I was fine, but he was insistent on going inside, so we moved to a new table. When we sat down, I (sadly) realized my wine glass was still half-full, and that this date was going nowhere fast. I knew it was time to bust out my escape plan.

“So, do you have any plans tonight?” I asked.

“Well, I have a birthday party to go, and I think I should get going…”

Mark’s glare>—the most life I had seen in him all night—sliced through my obvious fib and me.

“I’ll pay for my drink. It was nice meeting you,” I said. He grunted, and I hurriedly left the table and shoved money at a random waitress before hightailing it out of there. No sooner was I out on the street when I received a text from Mark.

“Maybe he’s going to apologize for being rude,” I (naively) thought.

My heart stopped in my chest. Did I just read that correctly? I’ve been name-called a few times in my day, but never so viciously like that before. Another text: “Who do you think you are walking out like that!”

Um, an independent woman who didn’t want to waste her time?

Then another text: “And you couldn’t even f***ing pay for your drink, you cheap bitch!”

Now I was really mad. I had indeed paid for my drink, but knowing from my past waitressing days, his annoying determination of changing seats probably messed the bill up. Idiot.

“I did pay for my drink, actually,” I wrote back, thinking that I could attempt to reason with a mad man.

The abusive texts kept coming for the next hour until I was finally able to block his number, erasing him from my phone forever—though, unfortunately, not from my memory. His expletive personal attack lived with me for a while after our date.

I’m aware enough to realize that his ego was bruised and his offensive language was how he was attempting to regain some control of the situation, but that reasoning, obviously, doesn’t condone his disgusting behavior. He was an absolute foul human being who used misogynistic terms to reduce me to a useless, shameful commodity…all because I rejected him. No doubt dude was suffering from toxic masculinity. His attempt to diminish me by insulting my size, my face, and my clothes is just another example (albeit, extreme) of how women are constantly valued and criticized by what we look like. His attack is also another example of the gross misconception that if a guy shows interest in a woman, then she “owes” him something, whether it is her body, her time or her appreciation for him “liking” her.

Before I could report his profile to the dating site the next day, I noticed Mark had deleted his account. That doesn’t mean he hasn’t resurrected somewhere else (buyer beware of the Erik Estrada-looking doctor). I can only hope that another woman hasn’t experienced the hellish date I did.

I wanted to quit online dating after that date, and I almost signed off for good that evening. But I didn’t want Mark to taint my online dating experience. I didn’t want him to ruin it for all the other decent guys who are looking for love online, or just a pleasurable, non-abusive evening with a cute writer. I wanted Dr. Douche to be the exception and not the rule.

I dated a couple of guys after him, and even if they didn’t work out, I’m happy to report that I didn’t receive any abusive text messages afterward.

I deleted my online dating account a few months after the Date From Hell. I didn’t end up finding true love online, but I found the next best thing: self-love.

Photo via kimerydavis/Flickr (CC BY 2.0)