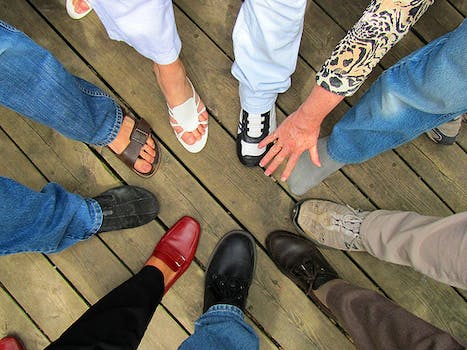 The depth of Reddit means there's always much to explore

On social news site Reddit, you never know who — or what — you’re going to find.

Users of the site often stereotype themselves as twenty something, white, middle-class males. They’re generally quite computer savvy, err to the liberal side, and are pretty big geeks. Two recent demographic surveys seem to support this, as does our own anecdotal evidence from the site’s Global Reddit Meetup Day.

But of course, generalizations don’t really mean much, beyond being useful for self-mockery (and Encyclopedia Dramatica articles).

The site’s 20 million unique monthly visitors are a whole hell of a lot more complex.

Just to prove that point, the Daily Dot poked around the less-known corners of Reddit. Here are some communities that don’t fit redditors stereotypes of themselves (all safe for work, of course).

There are few things that single-handily symbolize the red-blue divide in the U.S. as much as Nascar So it’s a bit of a surprise to see such an active Nascar community on a site known for its strident liberalism. And these Nascar lovers are serious about their sport and Reddit. So serious, in fact, that one even designed a reddit-themed car.

“This place is for you to share your work, ask questions, and bemuse about beautiful nails.” Nuff’ said.

There are a number of self-help forums on the site, dedicated to anything from weight-loss to weight-lifting to motherhood. But what sticks out about r/malefashionadvice subreddit is its size — over 30,000 redditors subscribe to a forum dedicated exclusively to men’s clothing tips. They’ve even set up negotiated special reddit-only discounts at certain outlets.These guys may be browsing Reddit forever alone, but at least they look good doing it.
r/prettygirlproblems

“Other people are so lucky,” reads on post on r/prettygirlproblems. “They have me to look at, while I only have them.”

OK. We’re pretty sure this whole subreddit is a joke. But we really, really hope not.

We’re not really surprised r/christiantiy exists, or that it’s mildly popular (though it falls about 16,000 subscribers short of r/malefashionadvice). No, we’re more surprised that it hasn’t collapsed under the weight and hostility of Reddit’s uniquely and famously confrontational atheist community, and which boasts over 150,000 subscribers.

There are hundreds of geography-specific sections on the site, from New York City to Kuwait to China. Nunavut, though stands out. This is Canada’s newest, most northern, and no doubt coldest territory. It has a population of about 33,000 people. And its corresponding subreddit has a whopping two readers. We’d call it a joke, but with only one post, it seems r/nunavut’s fate is up for grabs.

Though the surveys linked to above imply that Reddit is a fairly male-dominated place (about 6.5 guys for every girl), women have a growing presence on the site at places like r/TwoXChromosomes and r/feminisms.  Still, considering Reddit’s core demographic, it is a little jarring to see titles like “Breastmilk supply question” and “Help with Hemorrhoids!” pop up. Those appear at Reddit’s mothers subreddit, r/mommit, where a humble 1,354 mothers and mothers-to-be dish advice on hundreds of things the stereotypical redditor would likely never, ever want to hear about.