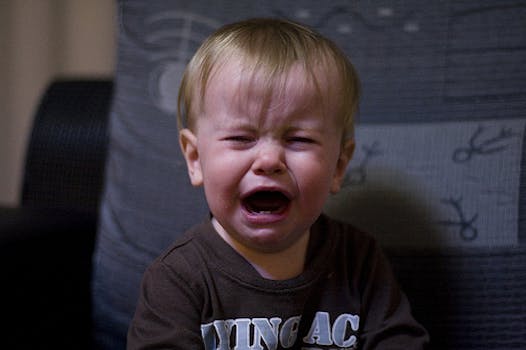 Redditors tell a teenager how much children suck. But their intentions are good.

“They get less cute after a few years, drain your bank account, kill your dreams and age you terribly,” craputank wrote. “And they often hate you.”

“Children are more dramatic than any high school girl,” wrote goober0453 as part of a veritable essay on why kids are just absolutely terrible. “I’ve heard kids sob about the most mundane, pointless things. Everything from how many clouds are in the sky, to if her sister got half an ounce more juice than she did.”

“One thing that really grinds my gears about children, babies specifically, is that when they’re tired they cry about it,” wrote OhYeahTotally. “Wtf babies?”

But don’t worry. This frenzy of child hate all came from a good, kind place.

Redditor notamumever, a 17-year-old, had just been diagnosed with premature menopause — also known as premature ovarian failure. Women who suffer from this do not have periods, and are usually infertile, according to the Mayo Clinic.

So it’s no surprise the teenager turned to reddit for help feeling better.

“What are the worst things about children?” she posted to Reddit’s r/AskReddit, a million strong section that serves as a kind of public-polling hub for the site.

Like anywhere online, the social news site suffers from legions of roaming trolls. But redditors still put in the extra effort to help one another out: They run a good half-dozen charitable sections, and do some pretty cool things, like helping one user track down his birth parents.

In fact, that spirit of generosity even crept into the “kids suck” theme of notamumever’s thread.

“There [are] already too many of them … without homes,” wrote redditor deekhig. “And every single one of them would give anything to have a mom, even one going through early menopause.’”

Redditors showered that comment with upvotes. It marched straight to the top of the thread.