Redditor loses his head for an amazing photograph

Fabian Sturk, 18, knew he had to do whatever it took to create this startling image.

Photographer Fabian Sturk has just given new meaning to the phrase “losing your head.”

Sturk, 18, traveled out into a field in southern Sweden on Tuesday, holding an envelope, a fake gun, and his Canon 550D. All he wanted was some peace and quiet. And to capture that one photo that had been eating away at his mind like a parasite for the past month.

This was the result. 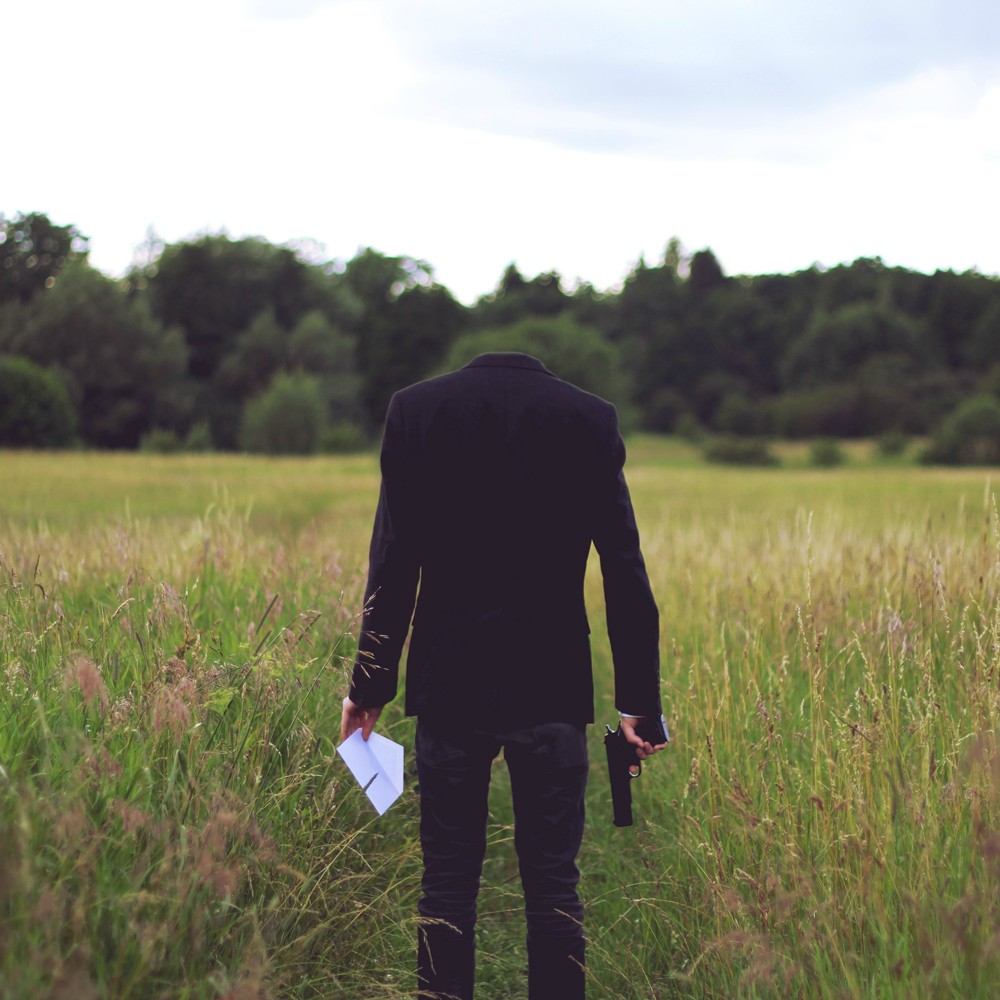 “I’m not sure how it appeared in my mind, I think I was just lucky, I just wanted to create something out of the ordinary,” Sturk told the Daily Dot. “It is two photos, one with me in the center and one without me in the center, and then they were merged together creating a headless man.”

Sturk posted the photo on Reddit’s r/ITookAPicture group Tuesday where it collected more than 120 comments. Sturk wouldn’t admit the exact story behind the photo. Instead, he encouraged redditors to use their heads.

“To me, the poor guy lost his head over a dear john letter/debt/other form of paper with bad news and headed out to a field to kill himself,” MaeBeWeird commented.

“They took what he valued most and left him for dead. He’s down, but not out,” GalazySquid added. “He’s ready to do anything he has to to get ahead.”