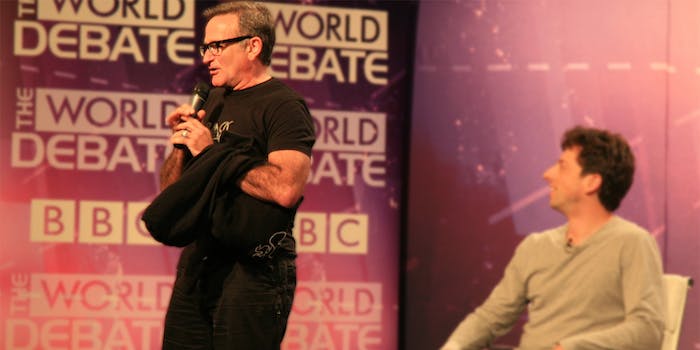 Thanks to a comment on a Robin Williams megathread, Zelda Williams has raised more than $9,200 for the children's hospital.

The Reddit community has helped the daughter of the late Robin Williams to raise over $9,000 for St. Jude Children’s Research Hospital.

Reddit helped Zelda Williams, 25, raise $6,700 in less than a day after her father was found dead in his California home at the age of 63.

The Academy Award-winning comedian was a longtime supporter of St. Jude’s, a nonprofit organization that provides free healthcare to children.

“St. Jude Children’s Research Hospital makes sure that the families of sick kids in need never receive a bill from St. Jude for treatment, travel, housing or food, so all they need to worry about is making sure there kid feels happy and loved,” Zelda wrote on her fundraising page.

A link to Zelda’s donation page was posted in a Robin Williams megathread on r/AskReddit. The comment was posted Monday night when the fundraiser had only collected $2,390 of its $5,000 goal. An hour after the link was up, the amount raised had doubled. By 11:45 am ET today, it had passed $9,100.

“Mr. Williams generously gave his time to raise awareness and funds for St. Jude and for our patients battling childhood cancer,” the hospital said in a statement. “His humor brought bright smiles and laughter to our patients and families and his generosity deeply touched the hearts of all who knew him. He and his family remain in our thoughts and prayers.”

Photo via jurvetson/Flickr (CC BY 2.0) | Remix by Fernando Alfonso III