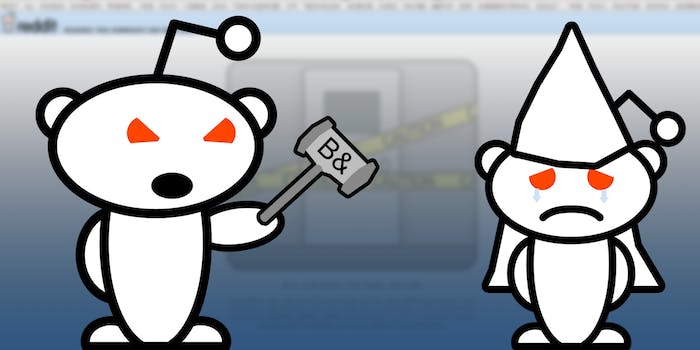 Admins say that r/ni**ers broke the site's rules, and that the ban was in no way politically motivated.

Reddit, the massively popular social news site that has often come under fire for its anything-goes free speech policies, just banned one of its most racist and vile forums.

The site’s staffers say r/n***ers was shuttered for breaking its rules, but some users worry this may be the beginning of a censorship campaign, and could set a precedent for how the company deals with unsavory subreddits in the future.

News of the ban first broke on r/SubredditDrama, the site’s version of a gossip magazine and go-to destination for anyone looking to be entertained by intra-Reddit drama. The post included this explanation of the ban from the site’s community manager Marta Gossage, who goes by bitcrunch on Reddit.

Other site staffers further emphasized that the decision was not politically motivated.

“This particular subreddit and its moderators repeatedly broke key site rules, and as a result were banned from the site. We would do this for any subreddit found to be breaking our site rules; the banning of r/n***ers was not a special case,” Alex Angel, Reddit’s Community Manager told the Daily Dot in a message.

She also dismissed assertions that the ban stemmed from anything beyond r/n***ers breaking  any of Reddit’s five main rules, which ban spam, child pornography, voting manipulation, and personal information.

“Any [other] theories or claims about this situation are exactly that—complete BS,” he said

It’s worth noting that Angel did not provide specific examples of the community or its members breaking any of the rules. That’s not to say it didn’t happen, but Reddit;s unwillingness to provide much information is largely the reason why, among some redditors, the site has a reputation of playing favorites.

The move by the administrators against r/n***ers is an escalation. In May 2013, multiple subscribers to r/n***ers were shadowbanned (a user’s Reddit activity is invisible to others but the account is still technically active) for allegedly participating in downvoting brigading, or working in collusion to bury posts they disagreed with or, conversely, upvoting posts they supported. That behavior is prohibited on Reddit.

ChuckSpears, the top moderator for r/n***ers whose account is still active, stepped down from other subreddits he managed, including r/TrayvonMartin (devoted to ridiculing the slain teenager and painting George Zimmerman as a hero) and r/WhiteRights, explaining that he hoped to spare them from a similar fate.

According to an anonymous tipster, a fellow Reddit moderator for multiple communities who “know[s] what goes in in meta-Reddit,” ChuckSpears had earlier posted this image of a gun pointing at a menacing sign. The tipster suggested this played a big part in the ban. The Daily Dot could not verify the authenticity of the image, though if real it certainly supports Angel’s assertion that ChuckSpears had threatened violence . 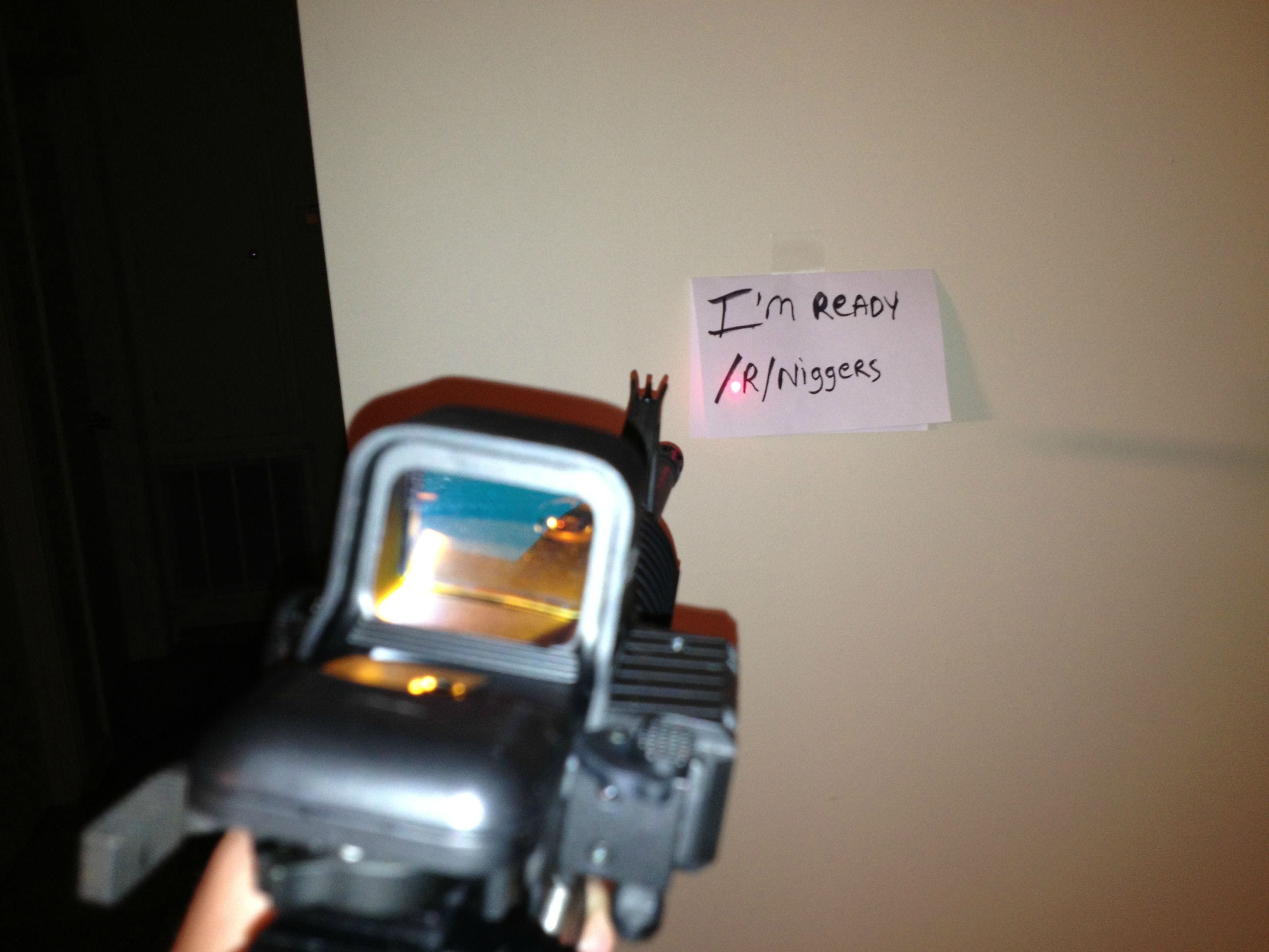 “And nothing of value was lost,” asserted TwasIWhoShotJr, in the most-upvoted on the r/SubredditDrama thread.

Others, however, have accused the administrators of hypocritically using vote brigading as an excuse to ban some subreddits while ignoring others that purportedly engage in the practice. The biggest of the latter is r/ShitRedditSays, a subgroup that has made a name for calling out racism, homophobia, and sexism within the greater Reddit community by using scorched earth tactics.

“Oh come on,” Thyrotoxic wrote. “I have zero problem with r/n***ers being banned but banning them and not SRS for vote brigading is ridiculous. The admins could at least come out and say they were sick of r/n***ers being a racist cesspool.”

That’s something we’re not ever likely to hear from Reddit’s staff.