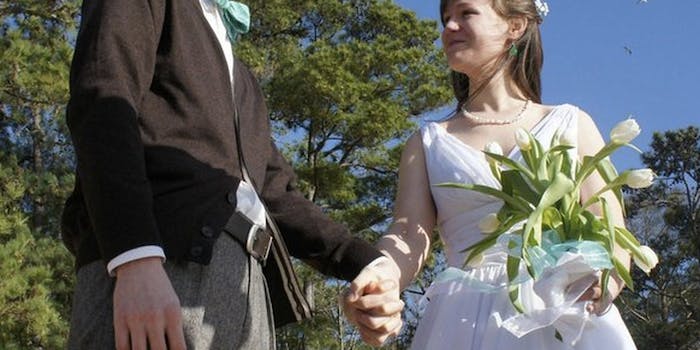 When people ask redditor aennil how she met her husband, it’s often difficult to explain. She met him online—not on a dating site as some expect—but on Reddit, the popular and powerful social news site.

“Here’s to hoping reddit becomes visible enough publicly that one day, when asked how I met my husband, I no longer have to compare reddit to Facebook for people to have some idea of what kind of site this is,” she said.

Reddit isn’t your typical matchmaking service. But with millions of users and tens of thousands of subreddits focused on every possible topic, the forum can be well-equipped for uniting strangers with similar interests. While many have Reddit to thank for new friends, due to geographical distance, it’s not often that the site brings people together romantically.

In fact, the unlikely match of aennil and her husband, redditor S2S2S2S2S2, is so unusual and so complicated that she’s still explaining the details to fellow redditors. Luckily, she keeps excellent records.

The two first began exchanging private messages (PMs) on Jan. 18, 2009. Aennil recalls exactly when it happened since it was Super Bowl Sunday.

“I got a PM from a redditor I’d seen around and who seemed super nice. The PMs that follow end up showing that this guy on reddit had a dream about me,” she said.

But rather than getting weirded out by the other redditor’s bold claim, aennil found herself tentatively interested.

“I thought the situation was funny rather than creepy,” she said. “We vaguely start friendly PMing back and forth.”

PMs turned into “handwritten letters,” and letters turned into “13½ hour drives.” The two were smitten. After three months, S2 moved to aennil’s town. After one year, they published a live interview on Reddit, known as AMAA (“ask me almost anything”) to answer questions from fellow users.

From there on out, S2 and aennil’s relationship moved offline. But the two always made sure to keep Reddit updated. When S2 proposed to aennil in july last year, she kept r/TwoXChromosomes in the loop with an account of the romantic beach proposal on Florida’s Emerald Coast:

“[H]e faced me, held my hands, said some really sweet things, and then told me about bringing me to what some people called ‘the Emerald Coast’ (because green is my favorite color) and that he wanted to give me something else green, and then got down on one knee, proposed with a beaaaautiful ring with a green diamond!” I said, yes through tears.”

Aennil kept Reddit even while deep in the throes of wedding planning. She posted a thorough account of the relationship in r/self two months ago:

“[A]lmost three years to the day of that first PM about the dream, we’re planning our wedding and I find it hard to imagine being in a more supportive and/or loving relationship, with some one who complements me so much.”

On March 5, 2012, the two redditors finally tied the knot. On Thursday, aenill shared photos of the intimate beachside ceremony with Reddit, apologizing for not getting to it sooner. Though the couple preferred a small wedding with just five people attending in person (the couple’s parents and a photographer), more than 200 commenters visited the thread to pay their respects.

“Congratulations to you aennil,” wrote redtaboo. “Yours is one of my favorite reddit stories!” 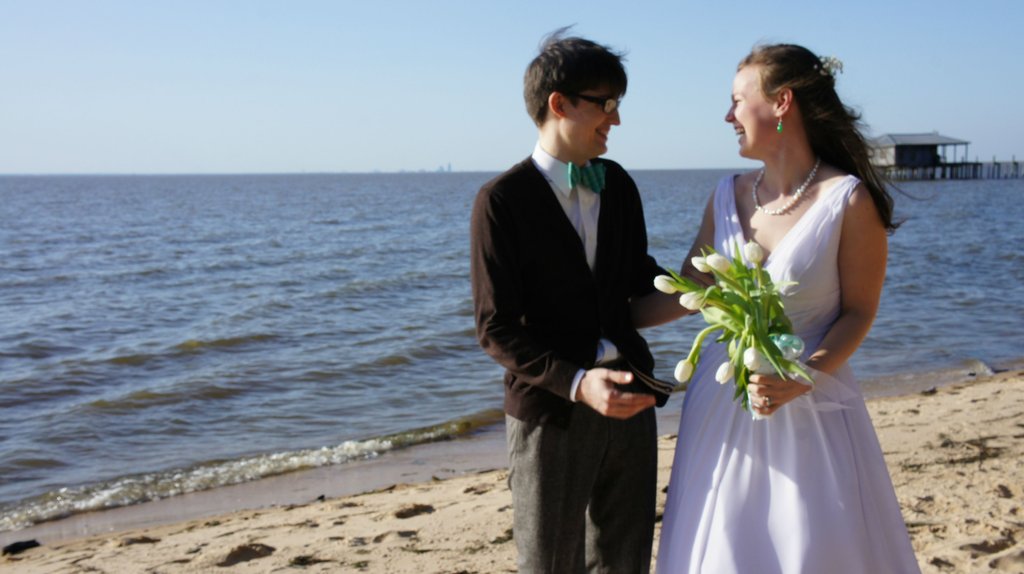