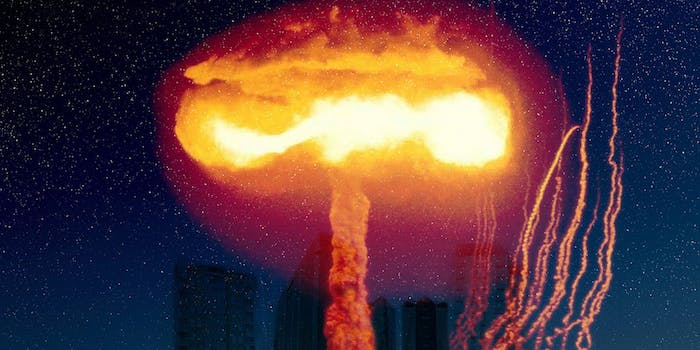 The latest user revolt may be its very last.

On Thursday, Reddit executives fired their Director of Communications Victoria Taylor with little announcement or explanation. While not so strange by itself—it would be bizarre if a company did publicly explain why they fired someone—the secrecy around what is a basic HR decision could signal the beginning of the end for the “front page of the Internet.”

Taylor worked with the volunteer moderators of the subreddit /r/IAmA to bring celebrities, musicians, and world leaders to the site for an “Ask Me Anything,” easily one of the biggest draws of traffic for Reddit. In response to her firing, those same moderators set /r/IAmA to private—with hundreds of other subreddits following suit. On the subreddits left open, Redditors are in full-on revolt, comparing the site’s administrators to Nazis and Reddit’s interim CEO Ellen Pao to Hitler.

Reddit has always had some trouble keeping the mutineers from taking over the ship. It’s an experience shared by many sites hoping to let the community lead itself—while profiting from the upkeep. 4chan prides itself on a complete lack of moderation but largely descended into a cesspool of filth and debauchery, all while making its founder Christopher “moot” Poole zero dollars. Keeping a userbase happy as you rely upon them for content is an unsustainable model for any company hoping to turn a profit—which, to this day Reddit has never done.

Perhaps the best example of a community-driven website is Wikipedia. Like Reddit and 4chan, Wikipedia makes no money, but the difference is that Wikipedia does it on purpose. Wikipedia’s nonprofit status and mission to provide public education helps to build devotion among its power users who make the site a reliable and thorough repository of information. A 2005 study from the Georgia Institute of Technology found Wikipedia editors, also known as Wikipedians, mostly do what they do for the credit, not unlike academics publishing peer-reviewed papers.

Reddit has always had some trouble keeping the mutineers from taking over the ship.

While there are certainly controversies and debates within the Wikipedia community, editors feel as if Wikipedia is their creation—and not beholden to a corporation. According to an profile from Dr. Oded Nov of the Polytechnic School of Engineering, Wikipedians are motivated by the social and educational aspects of connecting with users through a knowledge-driven site, but it’s also driven by a belief in the common good. Nov writes, “Volunteering gives people an opportunity to express values related to altruistic and humanitarian concerns for others.”

Reddit moderators, on the other hand, rightfully feel shafted when a private company is using their loyalty and work as the basis for an enterprise when the only salary they request is Reddit’s sustainability. In their statement about the firing of Victoria Taylor, the mods of /r/IAmA lambasted the company for refusing “to provide essential information about arranging and scheduling AMAs with their new ‘team.’”

One proposed solution to moderators’ distaste for Reddit’s corporate culture is to actively pay moderators. The idea has been raised before by the Daily Dot’s Fernando Alfonso III, who quickly found moderators were wary of accepting any money from Reddit, given how hard it would be to monetize a job as fluid as moderation. Perhaps more important is the fact that Reddit would likely be held liable for moderator actions from even its most vile communities, such as /r/CuteFemaleCorpses and /r/CoonTown.

Apple CEO Tim Cook likes to distance his company from others like Google or Facebook with the phrase “if you aren’t paying for the product, then you are the product.” Similarly, if you aren’t paying your users for work, you’re the one being used. Seeing as how that would corrupt the laissez-faire attitude Redditors hold so dear, however, Reddit is trapped by its user base more so than a company like Facebook or Twitter. There will be no reigning in of Reddit users that won’t end Reddit.

So if Reddit refuses to reward the loyalty of moderators with a modicum of respect and they can’t build financial loyalty to them, it’s time to seriously question whether Reddit is sustainable at all. The revolt of Reddit’s user base was likely an inevitability and not simply the result of the company firing a beloved staff member many users accepted as the face of said company. Any site that is willing to let the oxen lead the train needs to be prepared for what happens when it angers the herd which, if the company hopes to innovate in any meaningful way, is destined to happen.

Reddit moderators, on the other hand, rightfully feel shafted when a private company is using their loyalty and work as the basis for an enterprise when the only salary they request is Reddit’s sustainability.

The classic warning story for Reddit is the history of Digg. Founded in November 2004, less than a year before Reddit, Digg led the way as a precursor to the platform—but it went from being valued at $162 million to being scrapped for $500,000.

Once the top destination for user-generated content, Digg began to hemorrhage users in 2010 after a redesign of the site was met with a widespread negative response. While the website kept its system of “digging” and “burying” content (largely similar to the upvotes/downvotes on Reddit) it issued a complete overhaul of its comments and subcategories system. After selling itself for parts, Digg is currently a news aggregator which collects articles and videos from around the Web—including much of what already makes it to the front page of Reddit.

But any site is going to want to tweak its formulas in order to maximize efficiency and, yes, make money. One of the things that kept 4chan from being profitable was Christopher Poole’s refusal to experiment with the site itself. While certain forums disappeared and returned, the basic format and advertising model of 4chan has never changed. This lack of flexibility to make money from the site—combined with mounting legal fees warding off lawsuits related to its users’ actions—forced Poole to leave the company.

The core function of business necessitates change and innovation, especially in an atmosphere like Silicon Valley. Algorithms can always be tinkered with, layouts can always be shifted, and employees can always be fired in the name of helping the company sustain itself. But for a company like Reddit, doing any of that risks the loss of its only asset—its users’ loyalty. Communities that gather around a website are always going to be resistant to change and, unfortunately for Reddit, they’re the ones really in charge.

Photo via Maxwell Hamilton/Flickr (CC BY 2.0)