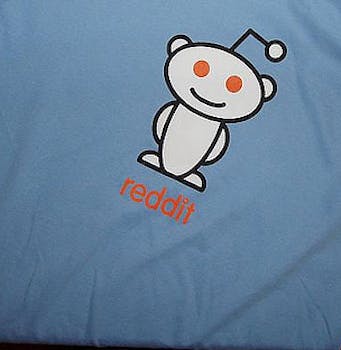 A new study found that the vast majority of content posted to the social news site is easily digestible and disposable.

Reddit is the self-proclaimed “front page of the Internet,” but it might more accurately be categorized as the comics section.

What’s perhaps most interesting about Birch’s numbers is how many submissions come from sites that host easily digestible content (photos, videos, macros, and audio). In fact, and as user hsmith711 pointed out, “86 [percent] of Reddit is ‘low-fi’ content.”

You’d have to move down all the way to the ninth and tenth spots—Wikipedia (178,003) and the New York Times (159,780), respectively—to find an external domain that provides anything resembling substantial content.

Birch also posted a table ranking of subreddits with the highest numbers of self-posts. Of the 12,435,395 self-posts, 1,498,915 came from r/AskReddit (a subcategory where redditors can ask others just about anything), 293,059 from r/circlejerk (a haven for those looking to poke fun of Reddit’s absurdities), and 275,895 from r/trees (for marijuana enthusiasts).

The site’s dependence on images and video isn’t particularly surprising. In August 2012, following President Obama’s “Ask Me Anything” question and answer session, the Daily Dot dubbed Reddit as “the world’s largest image forum, where famous people occasionally come to promote themselves.”

That claim was later backed up by a March 2013 series of graphs made by Michigan State University graduate research assistant Randy Olson—with the assistance of the aforementioned Birch—that showed where the bulk of submissions to Reddit were coming from. The top three subreddits were r/funny, r/AdviceAnimals ( apopular hot spot for memes), and r/pics.