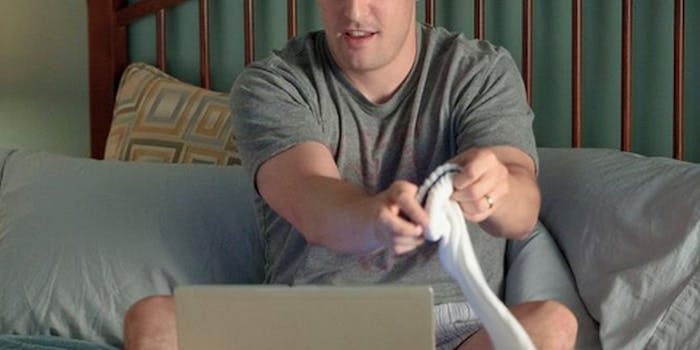 There’s a college chemistry student on Reddit who wants to find the answer to a question that every heterosexual man has asked and only a few daring souls have been brave enough to find out.

That question: What is the deal with the taste of semen?

The redditor, a young lad who goes by the name of brassiron, is a “young, healthy, physically fit male with a background in chemistry doing this under the supervision of a physician” who knows full well that, when it comes to the savoriness of semen, pineapples are somewhat the stuff of legend.

But brassiron has another plan for this second-hand taste test. He intends to come upon the conclusion through science.

“After doing a bit of research and taking the mental leap that fructose content is responsible for semen taste, I stumbled upon some researchers trying to limit fructose’s effect on sperm of diabetic,” he wrote to Reddit subreddit r/sex. “It seems that diabetics have much higher levels of fructose in seminal plasma.

For the next week, brassiron will use a glucose monitor to test his blood sugar and make sure it “stays in the normal levels.” During the time, he’ll, um, “take semen samples from himself” every few days and test that semen’s pH using test strips and fructose levels.

Then he’ll fast for one day before incrementally changing his diet so that it eventually consists exclusively of foods that will drive his blood sugar up—”to higher but still safe levels.”

“I will do my best to maintain consistent levels of calories, vitamins, minerals, salt and water,” he wrote. “I will not be smoking, drinking alcohol or coffee during this experiment. And I am a vegetarian already so no need to worry if meat is a factor.”

“Fructose isn’t very soluble in 95 percent ethanol while most other components of semen are,” brassiron wrote. “So I will just be us[ing] the ethanol to precipitate out the fructose and then weighing and analyzing for purity.”

Once he gathers that data, brassiron will “use these results to try to draw a correlation between semen taste and the amounts and times I eat foods high in glucose.”

And if his hypothesis holds true, brassiron might just start ejaculating piña coladas from here until eternity.

The Daily Dot will be sure to update you on this brave man’s progress as he navigates the murky, sugar-infused waters of the great 2012 semen taste test.