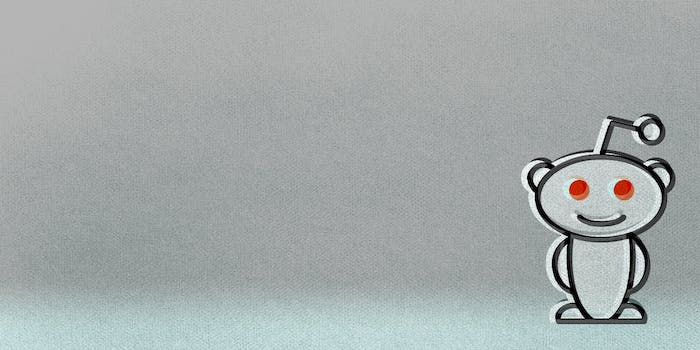 The good people on Reddit deserve a better platform.

It’s a great Gawker headline: “No One Wants to Admit It, but Reddit Can’t Be Saved.” And it summarizes Gawker’s current narrative for Reddit: That the site is irredeemably rotten, and only Gawker is brave enough to point it out. This narrative is dead wrong.

Don’t get me wrong, Reddit is rotten. An alarming number of its 160 million monthly users participate in racist, sexist, and otherwise hateful speech, particularly on subreddits specifically built for this behavior. When CEO Ellen Pao when she announced the site had shut down r/FatPeopleHate for targeting outside individuals, thousands of Reddit’s three million logged-in users voted up hateful, misogynistic posts about Pao. Even then, Pao explicitly said her team wouldn’t delete white-supremacist subreddit r/CoonTown on the basis of hate speech alone, so long as that hate speech is not “harassing individuals.”

By deciding to “tolerate” intolerable speech for years, Reddit management have ceded the entire site’s narrative to their worst users. They’ve ensured that Reddit’s massive positive contributions are overshadowed by its significant negative contributions. They have rendered the site, as the Verge’s T.C. Sottek elegantly phrased it, a failed state. But they will take back control.

Is Reddit even worth saving? Ask Gawker, which has sourced stories and reaped traffic there for years—as has every major news site, as ClickHole has cleverly pointed out. Reddit is an integral part of the media ecosystem, as well as an alternative to Facebook and Twitter. It’s a significant part of the movement to preserve net neutrality. And of course, it’s where millions of users do plenty of innocent, even helpful, things. Even a lazy sampling demonstrates plenty of cultural worth:

Reddit is predominantly male, young, white, straight, American, educated, and middle-to-upper-class. It desperately needs more diversity. But it is far from a monoculture. It’s home to valuable subreddits like r/TwoXChromosomes, r/Feminism, r/LGBT, and r/BlackLadies. It has politically progressive subs like r/OccupyWallStreet, and r/Progressive. It even has subreddits specifically to call out bigoted speech and reward sensible speech elsewhere on Reddit.

Beyond that, millions of users happily carry on innocuous conversations on subreddits like r/Aww and r/TodayILearned and r/Books. There’s no evidence that these users would revolt against hate speech measures. While the majority opinion of Reddit is hard to suss out, the bulk of conversation on Reddit wouldn’t be touched. The overwhelming majority of users never heard of r/FatPeopleHate before Reddit banned it, and during the resulting protest, users kept asking each other, “What’s this all about?”

By deciding to “tolerate” intolerable speech for years, Reddit management have ceded the entire site’s narrative to their worst users.

To almost all users, the protests were only really visible on r/All—a rarely visited site view that surfaces posts from every single subreddit. In contrast, when Reddit fired Taylor (a move later revealed as Ohanian’s decision, not Pao’s), the protest was immediately noticeable to all users, even unregistered viewers. While this protest fueled further unthinking Pao hatred, it was in defense of a valuable employee, not a hate group. The majority isn’t perfect—but they’re not going to die on the hill of r/FatPeopleHate.

Tech journalist Sarah Jeong found strong evidence for the basic goodness of Reddit’s moderators (the ones everyone agrees hold the real power): “Reddit appears to be overrun by a racist, sexist fringe. It’s not. When interviewed by Aaron Sankin at the Daily Dot, many of Reddit’s unpaid moderators were upset with the mandate to police harassment not because they thought harassment was inherently valuable speech, but because they were angry about not having the appropriate tools to police it.” (Emphasis Jeong’s.) Reddit’s most powerful users are on the side of decency.

There is nothing essential about the bigots and garbage people. Reddit could continue just fine without them. In fact it would do much better.

An anti-hate-speech policy, enforced by shutting down hateful subreddits and banning hateful users, will make the site less threatening to the rest of us. Reddit can only improve its demographics by making everyone feel safe there.

It will improve the site’s media presence. The media doesn’t beat up on Reddit because of some conspiratorial anti-Reddit agenda; it’s simply exposing terrible stories that deserve attention. Reddit can’t sweep hate under the rug; it can only listen to what literally everyone is telling it to do: stamp out the hate.

It will improve user engagement; the bigots were the ones screaming at Reddit’s staff and told others to stop donating to Reddit. (They failed; people donated in their names just to spite them.) They punished valuable contributions with downvotes. They silenced the marginalized and kept good people from joining the site.

It will give the business its only chance at financial recovery. Advertisers might finally find the audience desirable. Maybe the company, which has struggled for years to make a profit, can come closer to justifying its alleged $500 million valuation.

Bigger sites than Reddit have done a better job policing hate speech. Facebook and Twitter are far from perfect—they’re actually still pretty shitty—but they still managed to make some effort, and they’re improving. By comparison, Reddit is much easier to police: Communities are sorted by topic and outlook, so hateful users helpfully congregate in bannable subreddits. While this is just a first step, it’s a brutal blow to the organizational power of hate groups.

The overwhelming majority of users never heard of r/FatPeopleHate before Reddit banned it, and during the resulting protest, users kept asking each other, “What’s this all about?”

While bad users and subreddits can return with roach-like tenacity, they are far more motivated to run off to clones like Voat (which, of course, is still a problem, but watch how long Voat survives as a business). They have never been loyal to Reddit; they revolt at the first threat of change. Let them go. Wave them goodbye.

The majority of Reddit users want—or will tolerate—a safer environment. The media wants it. The advertisers want it. The staff want it. So what’s in the way?

Apparently, Ellen Pao was in the way. Bizarrely, the bigots may have forced out the only Reddit leader who was on their side. Co-founder Steve Huffman has taken over as CEO, and in a post yesterday, he announced that Reddit is re-evaluating its content policy. “Neither Alexis [Ohanian] nor I created reddit to be a bastion of free speech,” he says, “but rather as a place where open and honest discussion can happen.” Admirably, he has recognized that those two things are not the same.

That promise might sound toothless. But former CEO Yishan Wong, who’s been running around the site straight-talking to power, commented on the announcement, saying Huffman would be more willing to ban hate speech than himself or Pao. He told the “white-power racist-sexist neckbeards” they should have thanked Pao:

She probably would have tolerated your existence so long as you didn’t cause any problems. … Her long-term strategies were to find ways to surface and publicize Reddit’s good parts—allowing the bad parts to exist but keeping them out of the spotlight.

Of course, that was a terrible strategy, and Reddit, which was already infamous as a kiddie-porn dungeon before Wong took over, is still widely defined by its “bad parts.”

Wong says Huffman “has the moral authority as a co-founder to move ahead with the purge. … The Man is going to set some Rules.” He might be right.Even Gawker hopes so. Over 33 thousand people voted on Huffman’s announcement post; only 51 percent were upvotes. The crackdown will be viciously protested. But it will succeed. And for Reddit to survive as a cultural force and as a company, it has to.

There are good people on Reddit, and they want to save it. By writing Reddit off as irredeemable, we ignore the millions of marginalized users who deserve useful forums for acceptable speech. We abandon the impressionable in-betweeners to the influence of racists and misogynists. We cede overwhelming cultural power to radical extremists. “Reddit can’t be saved” is what they want to hear; it’s what they believe. Show them they’re wrong.