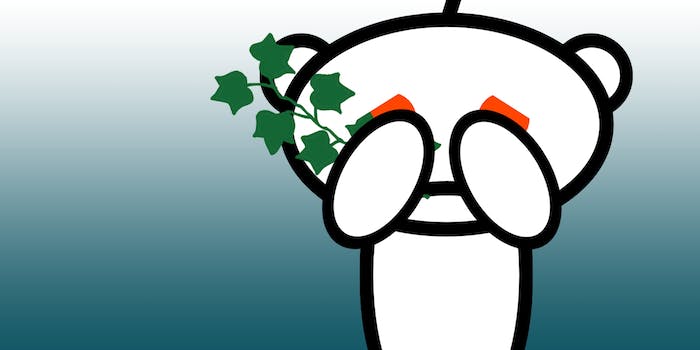 What was it about Enin’s story that made his detractors so angry?

Earlier this week, 17-year-old Kwasi Enin, a black high school senior from Long Island, N.Y., received acceptance letters from all eight Ivy League schools: Harvard, Yale, Princeton, Dartmouth, Columbia, the University of Pennsylvania, Brown, and Cornell. USA Today ran a story on the 17-year-old last Monday, with a photo of him posing with all eight of the schools’ flags.

It is not surprising in itself that Enin got into all eight Ivies. He’s an exceptional student, ranking 11th in his class of 647 students, and he’s clearly exceptionally motivated, having taken 11 AP classes while also participating in his high school’s a cappella group and volunteering at a local hospital. He’s also male (most student populations at high-ranking colleges skew female) and a first-generation Ghanaian-American, a background that would catch any college admissions officer’s eye.

It’s also not surprising—considering Reddit is not exactly known as a bastion of calm and rational thought—that as soon as redditors caught wind of Enin’s USA Today story, they would completely lose their shit. Consider these three comments, among others:

Rodoshi: “Seriously? My application was almost identical except that I was first in my class out of a top ranked tech academy focusing on a biotechnology program. I listed “white” for my ethnicity because they didn’t have an option for Armenian. F**k affirmative action.”

ghhell88s: With better credentials than the guy in the article my white fiance only got into two Ivy schools, and I only got into 1 Ivy with similar scores. 2250 is not that great, and frankly I think that this kid is going to have a hard time keeping up if he goes to a school like Yale.

Harilesswalkingchimp: I’m gonna get real with you reddit, no matter how pissed this makes you it doesn’t change the fact that he would not have had this absurd success if he was a white kid.

There are two things that struck me about Enin’s story and the subsequent Reddit backlash. The first—perhaps more obvious—takeaway was that there are a lot of butthurt white people out there who’d rather rail against how affirmative action has negatively affected them in their own lives than acknowledge the historical context that makes it a necessity in the college application process.

The second was: “Wow, people care waaaaayyy too much about the Ivies.”

What was it about Enin’s story that made his detractors so angry? It wasn’t just that he was a beneficiary of affirmative action, because if Enin had applied and gotten in to all of the New York state schools, with the same credentials and SAT scores and cultural background, he would’ve benefited from the same policy. But that wouldn’t have sparked such a backlash—much less a USA Today story—because Enin and his Reddit commenters live in a culture that dictates that only some types of accomplishments have value, while others simply do not.

I don’t mean to denigrate Enin’s achievements, nor am I saying that getting into all eight Ivies is an unimpressive feat: Obviously it is—even more so considering he’s a first-generation student. But the only reason why it is even remotely newsworthy (and why so many people were pissed off by it) is because of how much cachet our culture assigns to the Ivy League and how much we’ve come view an Ivy degree as a summation of an individual’s worth as a whole.

Although the Ivy League has always had a large degree of prestige in the United States, it’s only been until the last few decades or so—with the rise of SAT prep and AP tutors and helicopter parenting and students spending their summers teaching impoverished Nicaraguan orphans how to use Microsoft Excel, instead of going to sleepaway camp or farting around watching TV like kids are supposed to—that in certain high-income circles, an Ivy League degree has become not just the ultimate status symbol, but the ultimate predictor of your success and endorsement of your value as an individual.

To a certain degree, there is credence to the Ivy League myth: Admission to an Ivy League university certainly provides you with access to a close-knit network of fellow Ivy grads, which can translate into future career opportunities. But studies have shown that Ivy League alumni do not make significantly more money than alumni of less selective universities. In this economy, where no one under 30 is making lots of money unless they inherited it or founded a GPS-based hookup app, I would imagine that’s doubly true.

Lest I be accused of writing this out of sour grapes, I should probably clarify by saying that no, I am not a graduate of an Ivy League university, nor did I apply to any in high school (frankly, I spent too much time smoking pot and hooking up with musical theater kids for that option to ever be on the table). I applied and got in to one college, a highly selective yet hippie-dippie liberal arts school where I was able to fulfill my quantitative reasoning requirements by writing a comedic screenplay about the third law of Newtonian physics.

But I did go to an ultra-competitive private high school that placed an enormous amount of emphasis on the college application process, so I witnessed the Ivy League madness firsthand. I knew girls who called everyone in their phone books when they got into Harvard, even those friends who’d been rejected by their dream schools hours before. I knew boys whose fathers built libraries named after them to get into Yale. And I knew at least four—at least four!— rich Jews who thought they could trick the Cornell admissions committee by checking off the “Pacific Islander” boxes on their applications.

I was reminded of this insanity when I read the Reddit comments on Enin’s story, and instead of being angry about the obvious racism and white male butthurtness on display, I honestly just started feeling sad for them, and for my friends from high school, and for the high schoolers ticking off “Pacific Islander” on their application boxes now, for putting so much stock into the idea that where you go to college is a predictor of ambition or intelligence or, above all else, your integrity.

I felt worst of all for Enin, who, by all accounts, seems to possess all three of those traits in full. Thanks to a bunch of idiot Reddit marauders spurred by a combination of racism and envy, what should have been a moment of great joy and pride for him has turned ugly and sour.

I loved my college, and would not have gone elsewhere if you paid me, but frankly I think I would’ve had as great a time anywhere, be it Harvard or Princeton or SUNY Oneonta or Tempe Community College. Whatever choice Enin ultimately makes, I think he will too. Because ultimately, college is not for studying or networking or building a base for future career opportunities or having the key to all of life’s problems in your hands. It’s about having fun.

So I would like to end by sharing with Enin—and his crybaby Ivy reject detractors—a piece of advice that a college tour guide shared with me when I was looking at schools. Picking out a college is like picking out a puppy. No matter which one you choose, it’s a f***king puppy, so odds are you’ll be happy with whatever you get. So screw all the haters, Kwasi, and enjoy picking out yours.