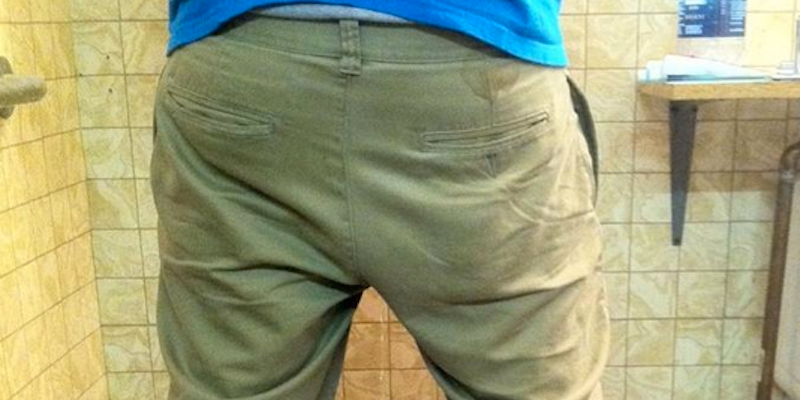 Welcome to r/peechallenge, where redditors share their best trick shots in the bathroom.

103 people have launched into a pissing contest on Reddit. Right now, this guy’s winning. 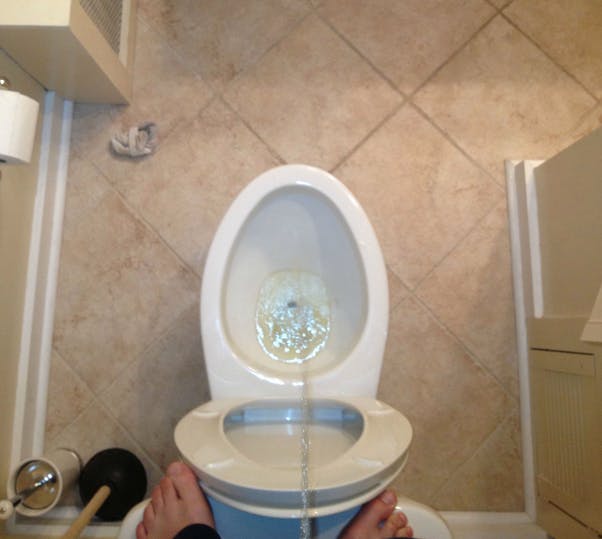 That’s a pretty serious trick shot, right? From up atop the tank of the toilet. You could fall, hit your head, maybe get your foot stuck in the can itself. All sorts of stuff. But that’s the way you’ve got to play the game when you’re competing for pole position on the Reddit subreddit r/peechallenge.

The 7-month-old community, which hasn’t seen nearly enough action of late, is really a special sight to behold: 41 photos, all shot in various bathrooms, all specifically SFW, that prove that pissing does not have to be such an arcane activity. You can have fun with it. You can get weird with it. It’s like target practice with your toilet—all in the name of science.

Founded by redditor GalenH, the subreddit operates under one main rule: no dicks in the photo. 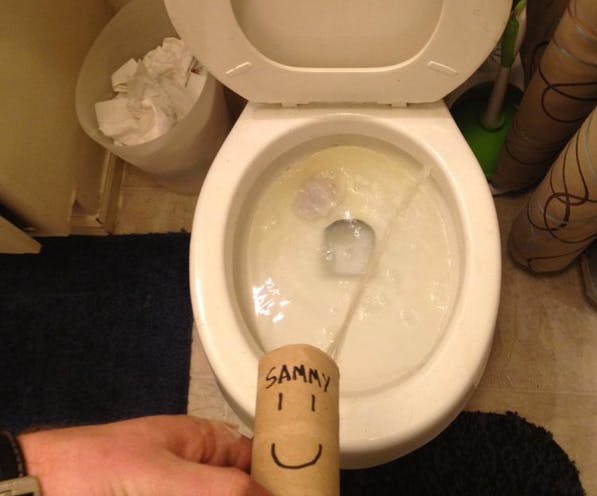 All sorts of other shots involved, like the “Pile Driver,” the “Field Goal,” and the “Sit Piss.” Guys, if you’re going to try this at home, we suggest you bring a towel.