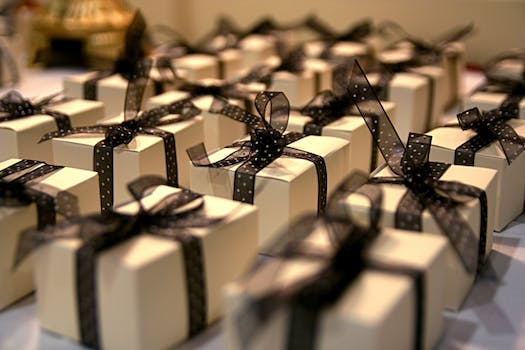 Want to give someone a Reddit shot glass or the first volume of xkcd, but don't know their address (or don't want them to know yours)? Reddit Gifts has you covered.

Just in time for the holidays, Reddit Gifts has unveiled a new way to exchange gifts with your fellow Redditors.

Over 34,000 Redditors used the r/secretsanta subreddit and its sister site, redditgifts.com, as a way to anonymously send geek-themed merchandise to their fellow users last year—setting a Guinness World Record along the way—and this year’s event is poised to be even bigger.

With that in mind, project founder Dan McComas introduced the Reddit Gifts Marketplace as a way to make gift-giving easy, efficient and anonymous.

Tens of thousands of “secret Santas” can be difficult to keep track of, and the marketplace helps by allowing gift-givers to send and receive Reddit-approved presents without giving away their identities (and addresses) to fellow redditors.

“We want to help our gift exchange participants to send great gifts to their recipients. If this goes through the marketplace, we are able to know that they did indeed purchase a product and that it did indeed get shipped,” McComas explained to The Daily Dot. “We think that as long as we bring in the right merchants, sell the right products and offer a good variety, people will love the marketplace.”

With a layout resembling that of Pinterest, the marketplace features merchandise from an assortment of hand-picked vendors. Perhaps your favorite Redditor would benefit from a Deluxe Floppy Disk Pillow. You can also surprise that special someone on your friends list with an official Reddit Glencairn Whiskey Glass.

McComas began the marketplace after being inspired by a TED talk in which the message was “money can buy happiness.”

“You just have to buy something for someone else, probably a stranger, and it’s not the amount of money you spend that matters,” McComas said. “From what we have seen in our Secret Santa and other exchanges, we believe this is true and want to help inspire people to do this.”

While the marketplace is still in its infancy, it has big plans for 2013. The r/secretsanta subreddit organizes two major gift exchanges each year: “Arbitrary Day” in June, and the main Secret Santa exchange in December. By the time those events roll around next year, Redditors could see a major overhaul in how business is conducted.

“In the coming year we will be opening up functionality in the marketplace to allow anyone to give an amazing gift to anyone on reddit without knowing their address,” he began. “The high level plans for 2013 are to first build out our merchant catalog. Once we have our catalog together, we will release a number of new features on redditgifts and reddit.com which will allow people to give gifts to anyone on reddit, or the Internet, all in one checkout process.”

McComas is excited about the merchants lined up for the marketplace, citing redditgifts veteran Breadpig (a non-profit online shop started by Reddit cofounder Alexis Ohanian) and newcomers Miro and Beacon Audio as examples.

“We think the criteria for being a great merchant is that you sell cool products that would be a great gift,” he said.

While adjusting the marketplace’s bells and whistles will be a massive undertaking, its main goal is for customers to easily surprise unsuspecting parties with the gift of happiness (perhaps via, say, a Metroid ring).

“It’s a new idea and we need to work out the kinks before we really blow it out, but it’s an idea that we think can make the world a better place.”