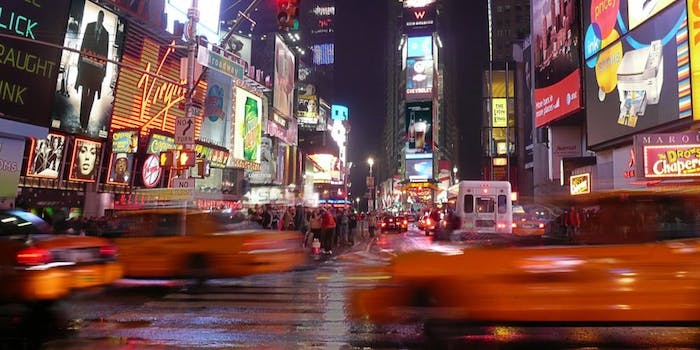 Reddit has dubbed their good samiritan as "There's Waldo!"

The last time May Goldberg was seen Monday afternoon, she was wearing a jacket, checkered pants, and a black shirt. These were key details, as she had early onset Alzheimer’s and was lost in New York City after wandering from her apartment near Central Park West.

Desperate to track her down, Goldberg’s son contacted police, news station NY1, and the West Side Rag blog. He also reached out to Reddit’s r/NYC community under the name joshgoldberg89, where he shared his mother’s details and the following photos of her: “I was walking home from work around 9:30-10 PM and I noticed May at East 47th and Lexington Avenue,” good samaritan and redditor geryorama commented.

As I saw Josh’s post in the afternoon she looked very familiar. I quickly pulled out my phone and visited this page to ensure it is indeed her. When I realized it’s her, I approached her, asked for her name, told her that her family is looking for her, and took her to Hyatt Hotel lobby to contact the police. The gentleman and lady at the Hyatt front desk were extremely helpful and they contacted the police. Two police officers arrived within three minutes. They identified May and I believe they called for an ambulance. In the meantime, I quickly sent a personal message to Josh via Reddit informing him that her mom has been found and that she is with the police.

This isn’t the first time a Reddit community has found a lost loved one. In December, Reddit’s r/dogepictures community helped a Texas woman track down her injured puppy who had ran away while trying to take him to a veterinarian.

Photo by  joiseyshowaa/Flickr (CC By SA 2.0)